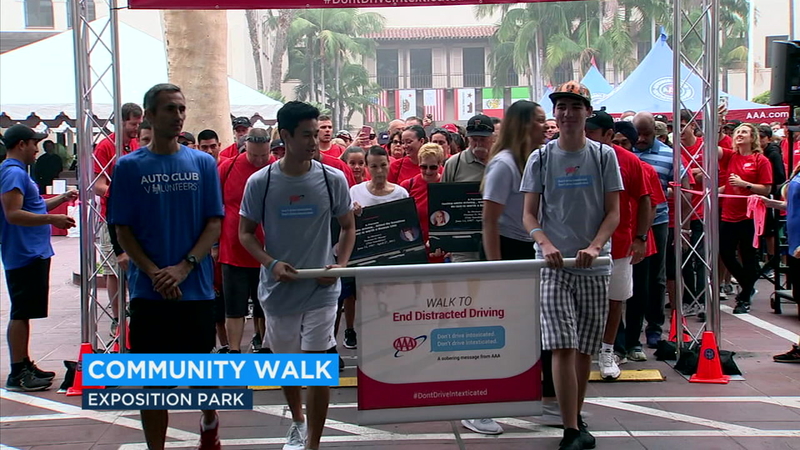 EXPOSITION PARK, LOS ANGELES (KABC) -- Hundreds of people took to the streets of downtown Los Angeles to raise awareness about the dangers of distracted driving on Sunday.

AAA spokesman Doug Shupe says the goal is to increase the stigma around distracted driving - similar to the stigma that already exists with drinking and driving.

Shupe says people are using their mobile devices to not only text while driving, but also checking emails, updating social media and programming their GPS. All those activities take their eyes off the road and their minds off the task at hand.

An average of nine people are killed - and more than 1,000 injured - in distracted-driving crashes every day in the United States.

Among those taking part in the event were families who have lost loved ones in distracting driving crashes.