An array of California officials took the virtual stage before the state's junior senator accepted her party's nomination for vice president.
KABC 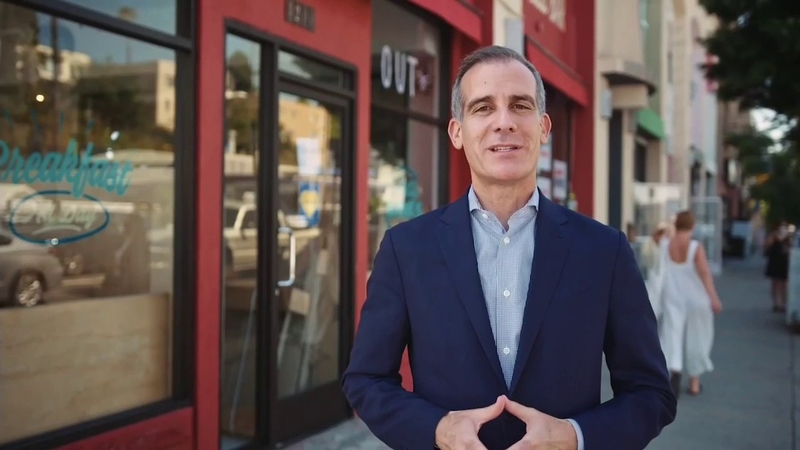 MILWAUKEE (KABC) -- In a week when California's junior senator and former attorney general accepted the vice-presidential nomination from a major party, the state and the Southland were represented by an array of local and regional officials at the Democratic National Convention.

Los Angeles Mayor Eric Garcetti was featured in a segment titled "America Recovering: Stories of Survival," in which he and other elected officials spoke with small business owners about their struggles amid the coronavirus pandemic.

"This is the story of Lien Ta and her two restaurants - one closed and one still open," Garcetti opened his remarks by saying, referring to the owner of Koreatown's Here's Looking at You and All Day Baby in Silver Lake.

Ta recalled that the latter establishment was reviewed in the Los Angeles Times on the day that the spread of coronavirus was officially deemed a global pandemic.

"The first decision that I had to make, because a hundred people are looking at you, and unfortunately the call was to furlough everybody," Ta said. "At this point I don't even see myself in business next month."
EMBED More News Videos

In a separate statement, Los Angeles County Supervisor Hilda Solis described the day in 2009 when then-Vice President Joe Biden swore her in as secretary of labor as "one of the proudest moments of my life."

"My parents realized they'd achieved their American dream, because the daughter of two blue-collar immigrants would make history and give voice to people just like them," Solis said.

She went on to endorse Biden and his running mate, whom she described as "my friend from California, Sen. Kamala Harris," who "took on the big banks and won" after millions lost their homes in the 2008 recession.

Later, in Harris' acceptance speech, the 55-year-old daughter of Jamaican and Indian immigrants addressed race and equality in a personal way.

"There is no vaccine for racism. We have got to do the work," Harris said, her words emphatic though she was speaking in a largely empty arena near Biden's Delaware home.
EMBED More News Videos

More than a dozen young leaders in the Democratic party gave the keynote address on the second night of the 2020 Democratic National Convention on Tuesday, Aug. 18.

"We've got to do the work to fulfill the promise of equal justice under law," she added. "None of us are free until all of us are free."

No openly LGBTQ person had previously given a keynote speech at a Democratic National Convention.

"I confess this is not where I expected to be speaking here tonight," Newsom said, standing in front of redwood trees in Santa Cruz County, a mile or so away from one of the several fires burning in the area.

In his two-and-a-half-minute pre-taped remarks, Newsom highlighted the crisis facing the state and the challenges of climate change -- saying the California fires should give pause to anyone who denies it.

"Climate change is real," he said. "If you are in denial about climate change, come to California."

"We want to ensure that our kids live in a nation that is safe, happy, healthy, and fair," Ayesha Curry said.
EMBED More News Videos