ARLINGTON, Texas (KABC) -- They were down 3-1 in the series, but the Dodgers declared Friday night they aren't going anywhere yet.

Los Angeles beat the Braves 7-3 in Game 5 of the National League Championship Series, forcing a Game 6.

One of the biggest plays of the night also came on one of the most unusual coincidences in baseball history.

Sports statisticians say it's the first time a pitcher and batter with the same name faced each other in an MLB postseason game.

Will Smith comes out on top against...Will Smith for a 3-run home run, giving the Dodgers a 4-2 lead.

The matchup was the first pitcher-batter matching name battle in MLB postseason history according to @EliasSports pic.twitter.com/PzIXk3KQnz

The coincidence, in fact, set Twitter ablaze with memes about actor Will Smith, including references to "Gemini Man" in which his character battles his own clone.

Will Smith vs. Will Smith in the NLCS! pic.twitter.com/Nk5oK3novj

With two men on base, two outs and the count 3-2, the Dodgers' Smith crushed a 94 mph fast ball deep to left field, giving Los Angeles a 4-2 lead.

After that an RBI double by Mookie Betts followed by a home run from Corey Seager in the seventh made it 7-2.

Dustin May started for the Dodgers, giving up two runs in two innings before manager Dave Roberts went to the bullpen.

In his previous three appearances this postseason, May pitched 4 2/3 scoreless innings, including a start in the clinching Game 3 of the NL Division Series against San Diego when he pitched an inning in an opener role. He was 3-1 with a 2.57 ERA in the regular season, starting 10 of his 12 games.

The winner advances to the World Series to face the winner of Saturday's ALCS Game 7 between the Houston Astros and Tampa Bay Rays. 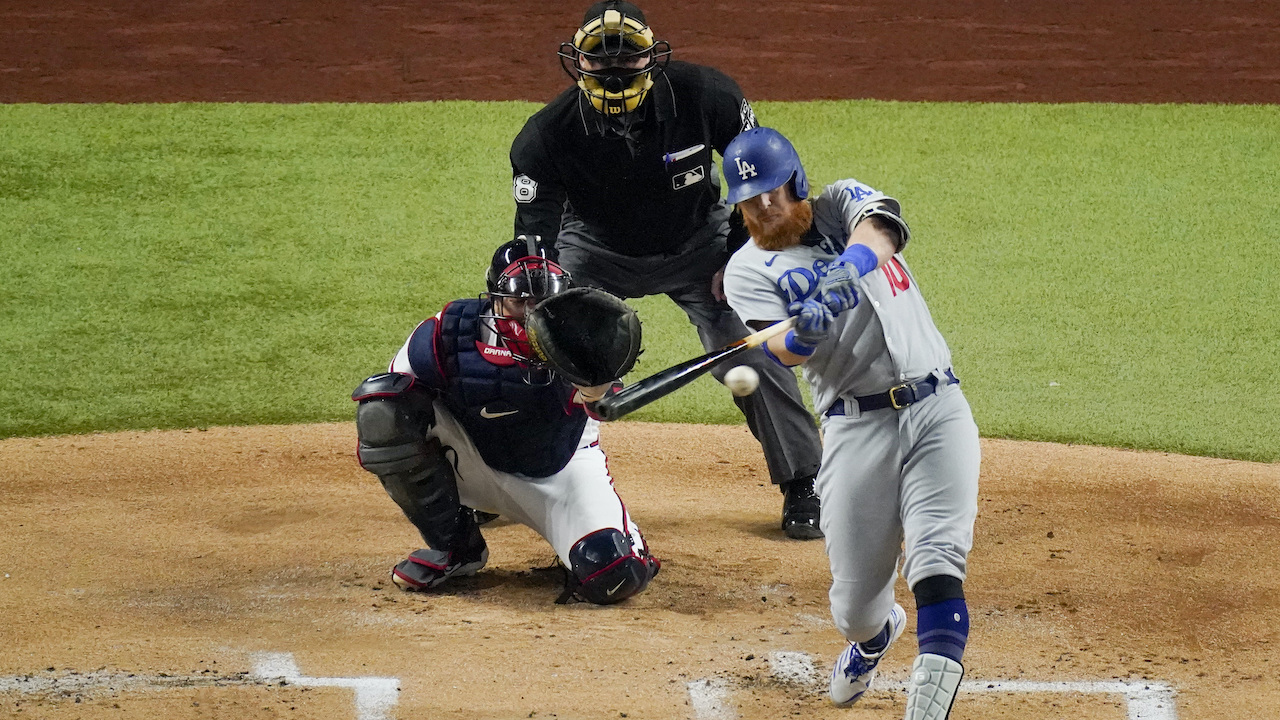