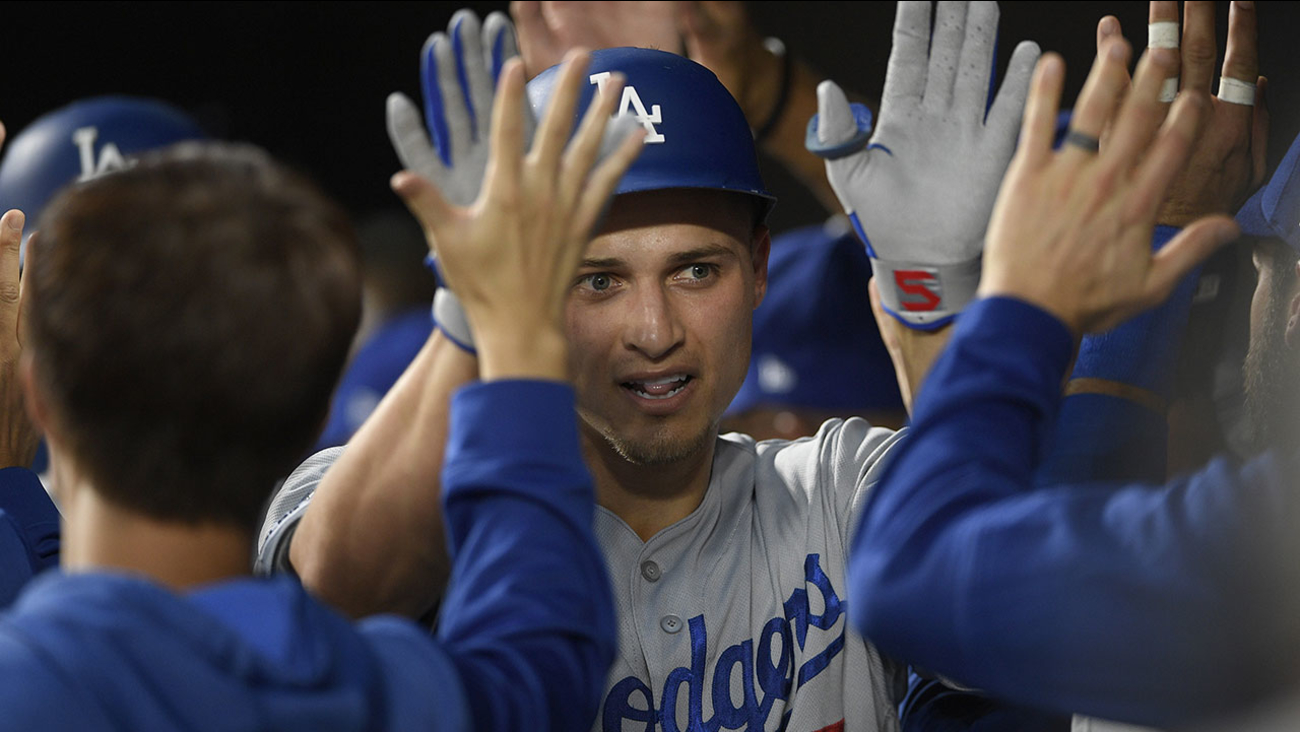 Dodger Corey Seager is congratulated in the dugout for his three-run home run during the game against the Orioles, Tuesday, Sept. 10, 2019, in Baltimore. (AP Photo/Nick Wass)

BALTIMORE (KABC) -- With 16 games now left in their season, the Los Angeles Dodgers have clinched the National League West title - the earliest the team has ever locked up the division.

The Dodgers' streak of seven consecutive division championships is the third longest since Major League Baseball began divisional play in 1969.

The Dodgers (94-52) took an early lead over the Orioles in Baltimore and never let go, cruising to the 7-3 win with help from two home runs by Corey Seager and a masterful pitching performance by Walker Buehler.

Seager homered with two on to cap a four-run first inning against Ty Blach (1-3) and added a two-run drive in the third for a 6-0 lead.

Gavin Lux hit his first career homer in the fifth to increase the Dodgers' NL record for long balls in a season to 258.

Tagged by Colorado for six runs in five innings during his previous start, Buehler (13-3) limited last-place Baltimore to four hits over seven shutout innings for the team with the lowest ERA in the league.

Buehler struck out 11, reaching double figures for the sixth time. He has 201 for the season.

To clinch the division they needed to either win in Baltimore or the Arizona Diamondbacks - who were 17-and-a-half games behind when the day started - needed to lose to the New York Mets.

The team has made it to the last two World Series, but fell to the Astros and Red Sox. Their last World Series title was in 1988.

Los Angeles will likely begin the postseason at Dodger Stadium on Oct. 3 against the NL wild-card team.

This is the earliest the Dodgers have ever clinched the division, both in terms of date and games. The 1977 team did it in Game 151, and the 2013 club clinched on Sept. 19.

"I'd rather the early one versus the late one. We did the late one last year," manager Dave Roberts said before the game. "I like this one just so you can really get it past you. Give guys rest, put guys in roles and positions you might face in the postseason."