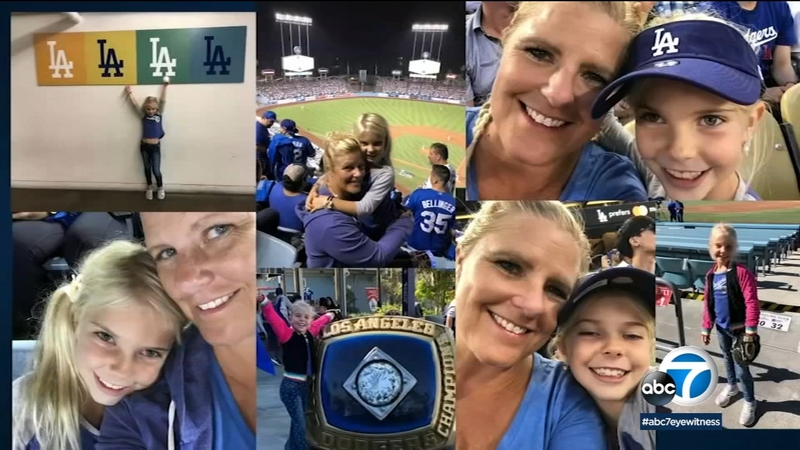 When the coronavirus pandemic forced the Los Angeles Dodgers to postpone their homes games this spring, the team promised fans refunds or credits, but after waiting about eight months, one Dodgers fan contacted Eyewitness News wondering why she couldn't get her money back.

Amy Lorentzen said she had purchased a party box as a special treat to celebrate her daughter's 9th birthday.

Lorentzen's daughter plays in a Little League and is a huge fan of the team.

"She always says she wants to be the first female Dodgers player," Lorentzen said. "So when I was like, 'Do you want to celebrate your 9th birthday at the Dodgers?' She was like, 'Yeah!"

"Usually it's just the two of us that go, and I was splurging buying a whole box," Lorentzen said, adding that even as COVID-19 progressed, she was committed to going to the game as long as the Dodgers didn't cancel.

"COVID or no COVID, if they didn't cancel the game, we were going to go there," Lorentzen said.

When the Dodgers announced the April 18th home game wouldn't be happening, Lorentzen immediately called and emailed requesting a refund. She says a Dodgers representative explained she was being put in a "queue" and would receive her refund soon.

After roughly eight months and repeated emails without a response from the Dodgers and no refund, Lorentzen called Eyewitness News hoping for help.

"This is appalling. Don't forget the little person, the people that go to the games and care about them and love them" Lorentzen said. "Thankfully I am not doing horribly but $500 is $500. It's my money and I want it back."

Eyewitness News emailed the team and a spokesperson replied, assuring us they believed Lorentzen's experience was isolated and indicated she would be getting her refund.

"There was a miscommunication between the parties, and they are helping her out now," wrote the spokesperson in an email.

Lorentzen confirmed that a Dodgers representative reached out shortly after responding to Eyewitness News inquiries about the issue and stated that her refund was on its way.