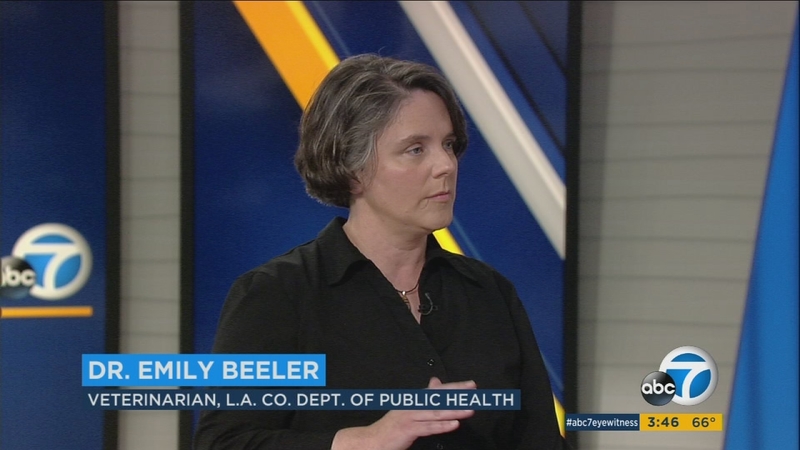 LOS ANGELES (KABC) -- In March, 50 dogs were exposed to canine influenza H3-N2 in Los Angeles County and 35 of them ended up being sick.

The group of dogs were imported from Asia and two died. The canine flu is contagious, and many dog owners worry that their dogs could come down with it.

Dr. Emily Beeler, a veterinarian with the L.A. County Department of Public Health, spoke with Eyewitness News about the dangers of the canine flu.

She said the symptoms of dog flu are similar to what humans get, such as coughing and sneezing. Beeler said the department discovered the dogs had the flu when a veterinarian with a private practice reported she thought there could be an outbreak.

She said the two dogs that died had other pre-existing health problems that made them more vulnerable to the flu.

Beeler mentioned there's been reports of cats catching the flu, but not here in Los Angeles County.