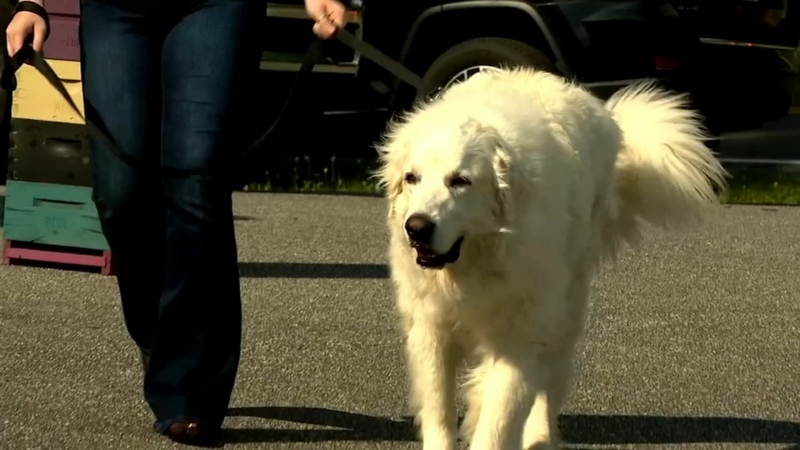 ROBBINSVILLE, N.C. -- A Great Pyrenees in Graham County has gotten into some legal trouble.

"Leo's bark does travel, but it's just because he's 120 pounds," Eddings said.

Eddings said Leo doesn't bark more than other dogs in the neighborhood and believes he and his family are being unfairly targeted by the Graham County Sheriff's Office following a complaint.

"I have a neighbor that has three or four dogs that bark," Eddings said. "And my neighbor across the street has dogs that bark. So, I think singling us out for one dog is a little ridiculous."

During a court appearance on Tuesday, Eddings said he was stunned to hear what a representative of the Graham County district attorney's office offered in terms of a plea deal.

"He said that if you have the vocal cords removed surgically, they would drop all charges," Eddings said. "It's crazy; it is inhumane."

"I have confirmed that an assistant district attorney in my district suggested, as a possible solution to violations of a town's noise ordinance, that a dog's vocal cords be surgically altered. Whether offered in jest or seriousness, the suggestion was inappropriate. I am unable to offer additional comment as this is now a personnel matter."

Neither Leo nor Eddings is off the hook. Eddings' next court appearance is scheduled for October.

According to Graham County's noise ordinance, quiet hours are not defined. The ordinance does specify between disturbing and unnecessary noise. Both criteria state a noise should not be clearly audible at a distance of more than 50 feet from the noise source.

Graham County Sheriff Jerry Crisp confirmed his deputies have issued several noise violation citations to Eddings - both for the dog's barking and loud music. Crisp said his office received complaints from multiple of Eddings' neighbors. Since the last citation, no additional complaints have been filed.