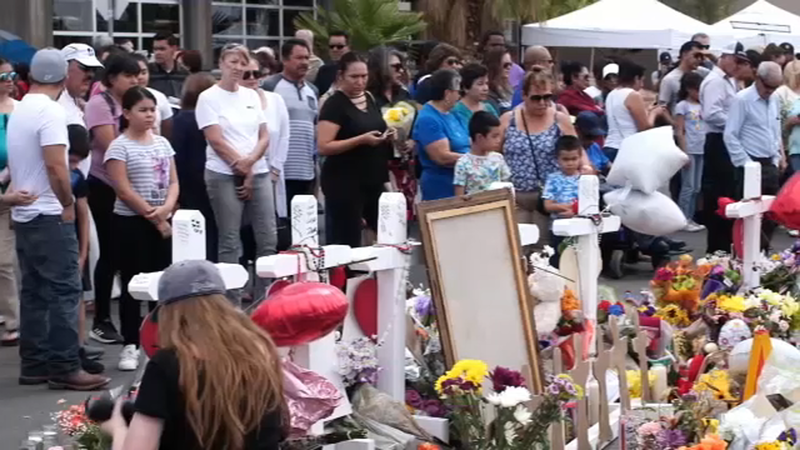 In the wake of mass shootings around the country, a California congressman is introducing new legislation to make domestic terrorism a federal crime.

The bill, which was introduced by Rep. Adam Schiff on Aug. 16, would make it a crime to commit certain violent acts within the United States, "with the intent to intimidate or coerce a civilian population, influence the policy of a government by intimidation or coercion, or affect the conduct of a government."

Currently, perpetrators and their accomplices are prosecuted under state murder and weapons laws.

The bill mirrors a proposal brought by Sen. Martha McSally of Arizona, which would also require an annual report from the attorney general, the FBI director and the secretary of homeland security detailing an assessment of the current domestic terrorism risk as well as an analysis of domestic terrorism incidents or attempted incidents.

The man accused of carrying out the deadly mass shooting at a Walmart in El Paso, Texas, confessed to officers while he was surrendering and later explained that he had been targeting Mexicans.

Patrick Crusius, 21, told detectives that he had driven to El Paso from the Dallas suburb of Allen - which is where he lived and is a more than 10-hour drive from El Paso - and that he was targeting Mexicans in the attack.

Twenty-two people were killed and about two dozen others were wounded in the violent rampage. Many of the dead had Latino last names and eight of them were Mexican nationals.

Authorities believe Crusius posted a racist online screed that railed against an influx of Hispanics into the U.S. shortly before the attack.

Crusius has been charged with capital murder and is being held without bond. Federal prosecutors have said they are also considering hate crime charges.

Meanwhile, the FBI opened a domestic terrorism investigation into the shooting that killed three people, including two children, at the Gilroy Garlic Festival in California.

Authorities have not yet disclosed a possible motive in the case but said in a news conference earlier this month that the shooter, identified as 19-year-old Santino William Legan, was exploring violent ideologies.

The FBI said they uncovered the shooter's "target list," which includes religious institutions, federal buildings, courtrooms and political organizations, in addition to the garlic festival.

Following the mass shooting in Dayton, Ohio, that left nine dead - including the gunman's sister - investigators said they have not determined a motive. Dayton Police Chief Richard Biehl said there is "no evidence to suggest there's a bias motive in this crime at this time."