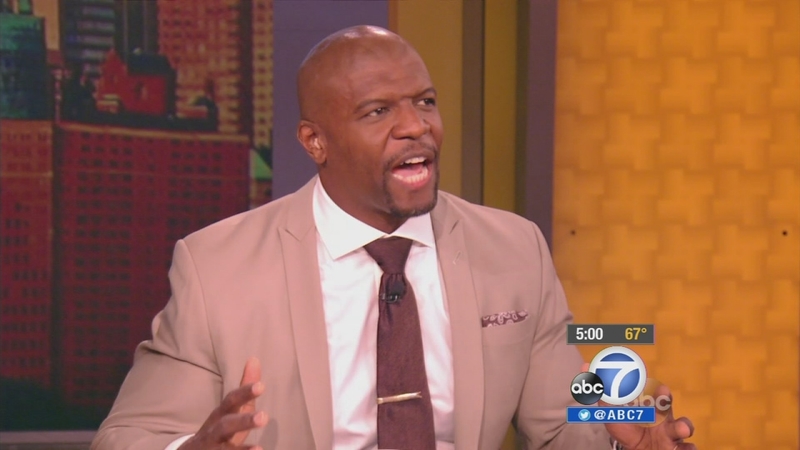 LOS ANGELES (KABC) -- NBA Commissioner Adam Silver is holding firm in the legal battle with Donald Sterling over control of the Clippers.

Silver says he feels an obligation to protect the people in the NBA, most of whom are African-American, and that he is determined to do all that he can within his authority

Silver took questions Tuesday about the charge leveled against Sterling after his racist rant, a topic that has overshadowed much of the NBA playoffs.

"It's not just the performances on the court that it's a distraction from. And I think what made this moment bigger than basketball, certainly for everybody involved in the league, that moment being that recording, was that it did come from within," said Silver.

Sterling has until next Tuesday to respond under the NBA's constitution, then a hearing is scheduled to take place on June 3.

Silver says the NBA will not consider an extension, and he talked about the mood of the players.

"It's beyond anger," Silver said. "It's a certain sadness, and you feel it, it's almost a malaise around the league."

Shelly Sterling, Donald's estranged wife, has said she has the intention and right to maintain ownership of the team, even if her husband is ousted. Silver says he doesn't see that happening.

"As I understand the position of Mrs. Sterling's lawyers, in essence they would say 'We accept you can terminate Mr. Sterling, but somehow Mrs. Sterling comes with the team,'" said Silver. "I think even if that's not what it said in our constitution, it just doesn't make sense."

A former athlete is now publicly coming to Sterling's defense.

Crews is jumping to Sterling's defense, saying he should be allowed to keep the team.

"I don't think they should yank the team from him," said Crews. "The world has become so politically correct. No one can say anything anymore, and it's so ridiculous."

Silver also says it's the Sterlings' team to sell, and that he would rather see them sell it than go through this process.