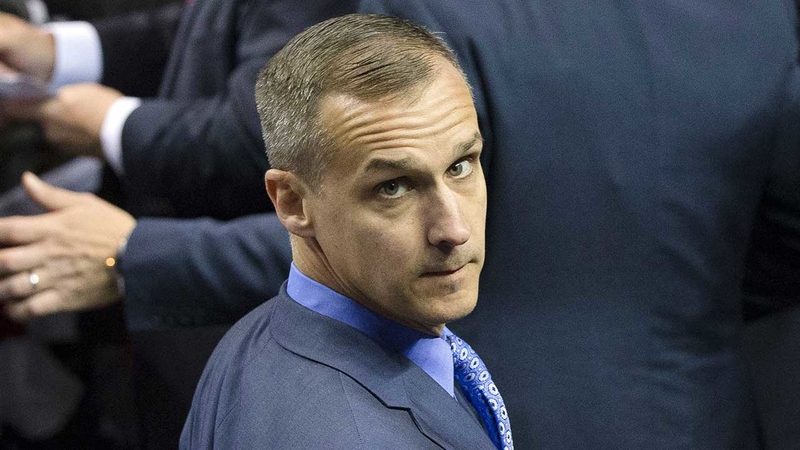 During a Fox News segment on immigration, former Donald Trump campaign advisor Corey Lewandowski made a comment about a young immigrant that has drawn criticism from all corners of Twitter.

"I read today about a 10-year-old girl with Down syndrome who was taken from her mother and put in a cage," Democratic strategist Zac Petkana said.

"Did you just say 'Womp, womp' to a 10-year-old girl with Down syndrome being separated from her mother?" Petkana returned. "How dare you? How absolutely dare you, sir? How dare you?"

The discussion happened on The Story With Martha MacCallum on Tuesday. Petkana was referencing a story, told by Mexican Foreign Minister Luis Videgaray, about a young girl who was separated from her mother after crossing the U.S.-Mexico border. Videgaray said that the girl is in McAllen, Texas, while the mother was taken to a center in Brownsville, Texas.

"Our consulate in McAllen is doing the gestures so that, in an immediate fashion, the girl is taken out of the shelter and is reunified with her father, who has the status of a legal resident," Videgaray said. "Of course, this case in particular we have pointed it out to the American authorities at the highest levels."

Among those who spoke out against Lewandowski's comment were former Fox News personality Megyn Kelly, current Fox News contributor Guy Benson and March for Our Lives advocate Ryan Deitsch.

There is no low to which this coward Corey Lewandowski won’t sink. This man should not be afforded a national platform to spew his hate. https://t.co/M8adu7P2sf

I don’t care what your view on the political issue may be: Responding to the ordeal of a young girl with Down Syndrome being separated from her parent with a derisive “womp womp” is truly, jarringly callous.

On Wednesday, U.S. Customs and Border Protection released more details about the girl's situation, stating that her mother was being held as a witness to a smuggling attempt.

"The mother and her five children were in a vehicle driven by a U.S. citizen. Upon questioning, the mother admitted to being illegally in the United States. Three of the children are U.S. citizens and were released to an aunt. The mother was not prosecuted, but is instead being held as a material witness to support the prosecution of the smuggler, which precipitated the separation of the two other children, both Mexican citizens."

U.S. Customs and Border Protection said they are working to reunite mother and child as soon as possible.