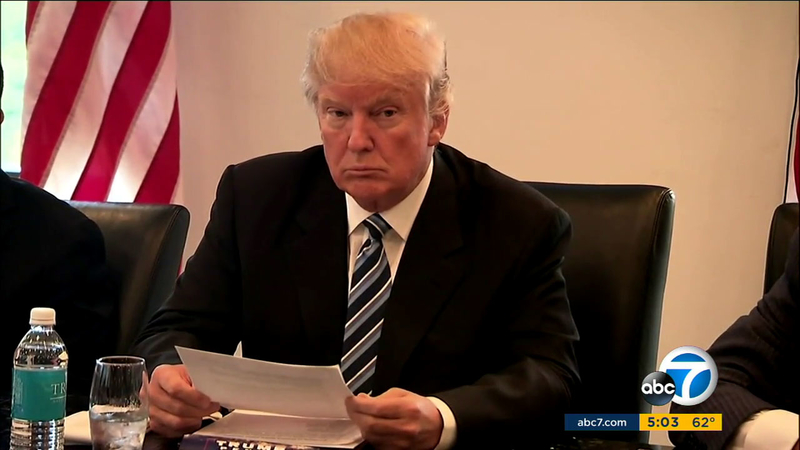 A recount of the presidential vote is underway in Wisconsin and could be launched in two other states, as President-elect Donald Trump blasted the effort and leveled voter-fraud allegations at California.

The Wisconsin recount effort, initially launched by the Jill Stein and the Green Party, has now been joined by Hillary Clinton's campaign.

Wisconsin officials say the recount of 3 million votes will start by Dec. 1 and be completed by Dec. 13.

Stein has also asked for a recount in Pennsylvania and is expected to do the same in Michigan.

The margins of Trump's victories in all three states were less than 1 percent. Nationwide, Clinton won the popular vote by a margin now estimated at more than 2 million, but lost in the Electoral College tally. Analysts say the results in all three states would have to be overturned for Clinton to be elected president, and said that prospect is highly unlikely.

Trump blasted the recount effort and is now claiming that he would have also won the popular vote if not for "millions of people who voted illegally."

He singled out Virginia, California and New Hampshire as places where "serious voter fraud" occurred, but offered no evidence for his allegations.

In addition to winning the Electoral College in a landslide, I won the popular vote if you deduct the millions of people who voted illegally

In response, California Secretary of State Alex Padilla said there is no evidence of any voter-fraud problems in the state.

"First of all, it's absolutely false, absolutely wrong," Padilla told ABC7. "And second, to allege this is serious. I take voting fraud seriously. If he has proof, if he has evidence, bring it forward. We're happy to investigate."