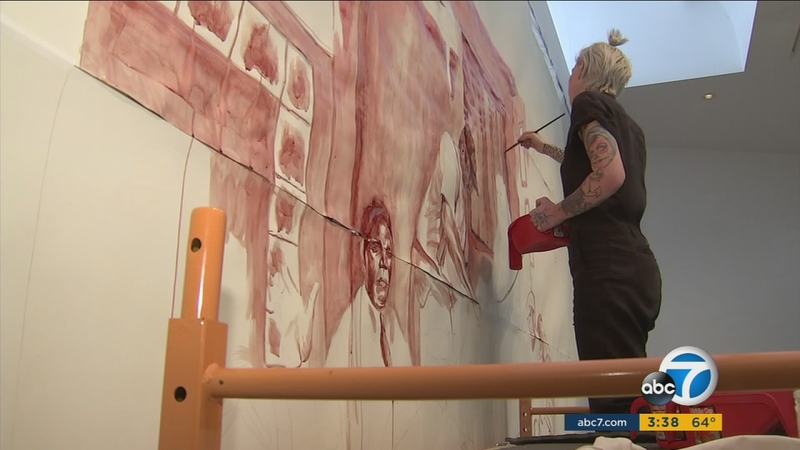 CULVER CITY, Calif. (KABC) -- Inside the Samuel Freeman Gallery in Culver City's arts district, a bloody call to arms is about to be unveiled.

A group of artists are working on a protest work in human blood against President-elect Donald Trump.

More than 20 pints of blood have been donated so far by artists, musicians and activists for the painting by artist Illma Gore.

"We weren't planning anything until he was actually elected and decided to make a statement, a protest against his inauguration," Gore said.

The plan is to have the completed piece on display to the public this Sunday, just five days before the inauguration.