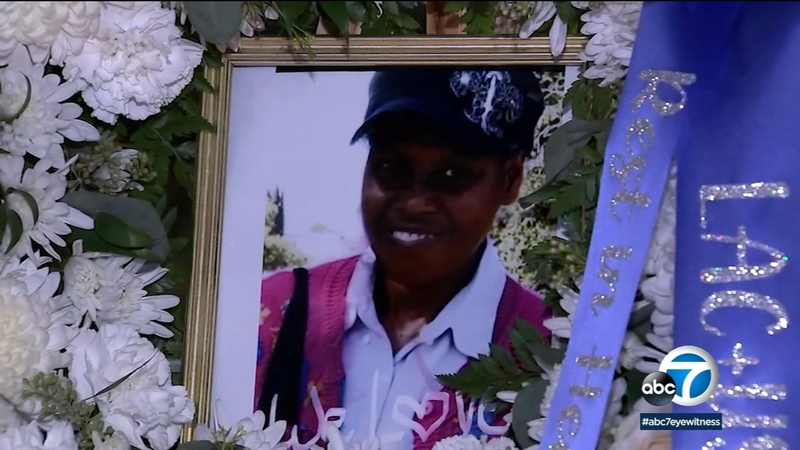 LOS ANGELES (KABC) -- An emotional vigil was held in downtown Los Angeles to honor Sandra Shells, an L.A. County-USC Medical Center nurse who was fatally attacked while waiting for a bus to take her to work.

"This has been terrible," Shell's cousin Steven Frieson said, "and I hope she did not die in vain."

The candlelight vigil was the second time in 12 hours that family members, friends and co-workers gathered in downtown to honor the 70-year-old Shells.

"You were her family. Y'all saw her on the holidays when we didn't," Frieson told Shell's colleagues, referring to her work at the hospital.

Shells worked at L.A. County-USC Medical Center for nearly four decades. She was hospitalized after the attack and died three days later.

A nurse who was left in critical condition after being assaulted at a bus stop in downtown Los Angeles has died, officials announced Sunday.

"For 38 years she put her heart and soul into being a nurse, to caring for the community around her," Frieson told reporters.

Shell's co-worker and friend Lelieth Middleton knew her for more than 40 years.

"She was a kind person, a loving person" Middleton said.

Friends and neighbors are remembering a devoted 70-year-old nurse who died after being attacked at a downtown Los Angeles bus stop.