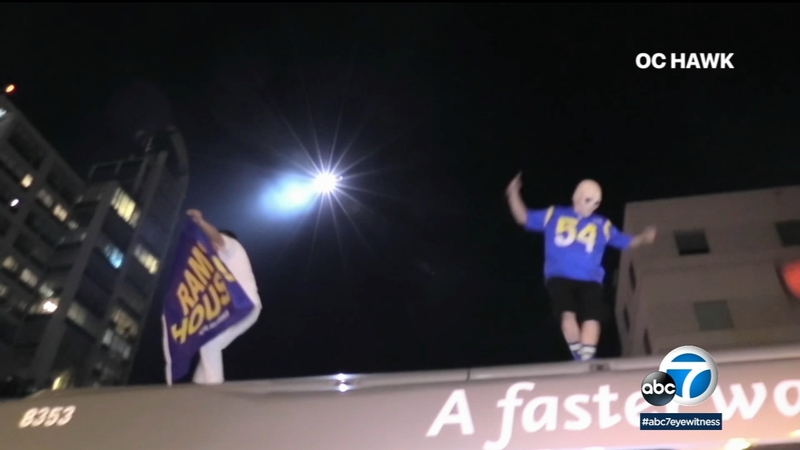 The LAPD declared the celebration an unlawful assembly, and "issued a dispersal order in the area of 11th and Hope Street."

"The crowd is to disperse eastbound on 11th Street from Hope and southbound on Hope from 11th Street immediately," the LAPD tweeted.

Despite some celebrations getting out of control, no arrests were reported.

Video from the scene shows a large crowd of people dancing and celebrating on the street as several cars attempt to drive through. At one point, several people were seen jumping on top of one of the vehicles passing through the area.

LAPD declared an unlawful assembly after Rams fans took to the streets in downtown LA to celebrate the team's Super Bowl victory over the Cincinnati Bengals.

Fireworks were also set off in the middle of the street several times during the celebration gathering in downtown L.A. Some in the crowd were also seen looting a store.

"We ask those that are celebrating tonight, celebrate responsibly," LAPD said. "Do not allow your actions to tarnish a great Super Bowl win."

We ask those that are celebrating tonight, celebrate responsibly. Do not allow your actions to tarnish a great #SuperBowl win. Obey all police orders and clear the streets around the area of 11th and Hope.