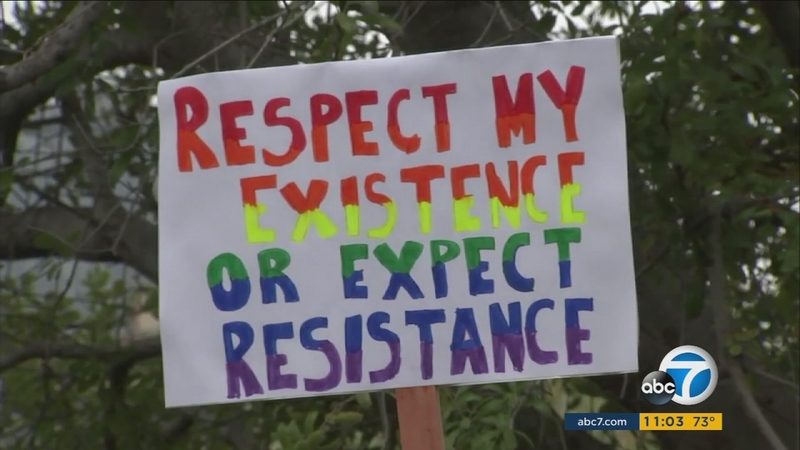 LOS ANGELES (KABC) -- DREAMers braced for the possible end to the Deferred Action for Childhood Arrivals program as the announcement on the Trump administration's decision nears.

One young man, who has spent most of his life in the country, said he fears that everything he's worked hard for is now in limbo.

"I lived a normal childhood. I never knew I was undocumented until my senior year of high school when I tried to sign up for driver's ed," Jose Lopez said.

Lopez doesn't remember anything about his early life in Mexico. His parents brought him to the U.S. when he was 6 years old. He worked hard in school and now works as an organizer for a nonprofit medical group.

"I went to King/Drew Medical Magnet High School. I wanted to be a doctor. Then I kind of just said for what? Why am I going to medical school if I won't be able to work in the industry I want to do?" he said.

Lopez also works with an immigrant rights group that helped start the DACA program under the Obama administration in 2012.

He said it was bittersweet to hear that the program might end so quickly.

Protesters gathered in downtown Los Angeles after reports that Trump may end the program surfaced on Sunday. About 800,000 people have benefited from the program, which has helped them work and study in the U.S. without the fear of deportation.

Celebrities and many leaders in companies, such as Apple, tweeted their support for DREAMers and said many of them work for their business.