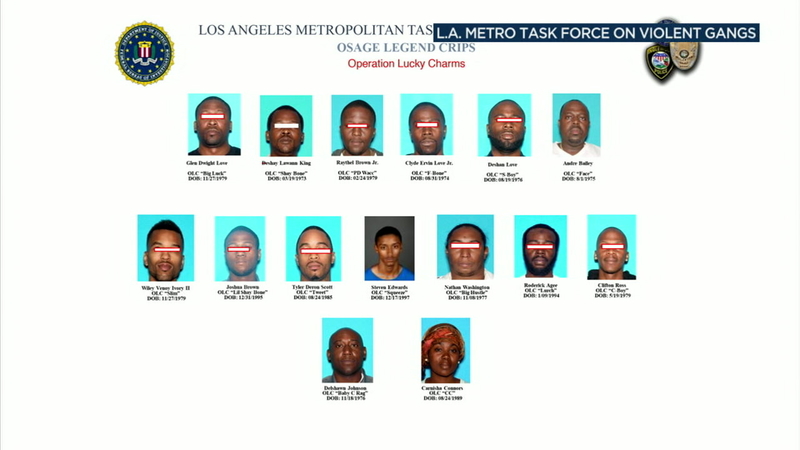 Federal charges allege the defendants obtained cocaine, used a purported convenience store to convert it into crack cocaine and distributed the drugs on the streets of Inglewood and South L.A.

A grand jury indictment targets key members of the 92 Osage Legend Crips (OLC), a gang that allegedly manufactured and distributed crack cocaine from the "Stop and Shop Market" at 1041 S. Prairie. The drugs were also allegedly delivered to various locations, including a U.S. vets office and the social security office in Inglewood, a press release stated.

Some of the suspects allegedly had weapons connected to drug-trafficking activities. According to the indictment, the gang members "used violence and intimidation, including firearms, to maintain and expand their drug-dealing territory, to protect themselves, their drugs, and their drug proceeds from rival gangs and drug-dealing organizations, and to collect payment from drug customers."