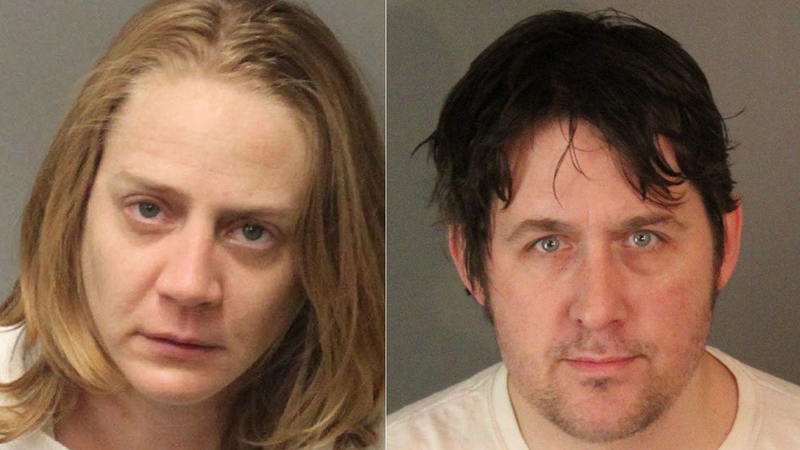 RIVERSIDE, Calif. (KABC) -- Riverside police say they really haven't seen anything like this before: An alleged drug operation that used a drone to deliver narcotics to customers waiting in a church parking lot.

Once the drugs were delivered, neighbors say, the customers would drive by the home and throw money onto the front lawn.

"Well it's new for us, at least," said Officer Ryan Railsback with the Riverside Police Department.

Police also say a 9-year-old girl was living inside the home, where a wide range of illegal narcotics were scattered throughout, including in her bedroom.

Now two people have been arrested and facing felony drug charges. Benjamin Baldassarre, 39, and Ashley Carroll, 31, were also booked for child endangerment among other allegations.

The 9-year-old girl who had been living at her father's home has been removed and reunited with her mother.

Neighbors say they had often observed unusual activity at the home on Chesapeake Lane.

They suspected drugs and even warned the residents to stop.

That's when they noticed the drones. Police were asked to investigate.

"Our detectives did go out there and they conducted surveillance, which they do a lot of times when they get these tips," Railsback said. "And sure enough they saw this drone flying, and what appeared to be this drone dropping or leaving some possible narcotics in a parking lot."

When officers arrested Baldassarre, they say they found his daughter living in the home, along with methamphetamine, candy laced with LSD and fentanyl in powder form.

"A lot of the narcotics were found spread throughout the house - a lot of it in one bedroom that this girl has access to," Railsback said.

The girl's mother said she had been trying to get sole custody of her child for seven years.

"During the divorce I wanted him to go through drug rehab, supervised visitation, and that was all thrown out by the judge," Jaclyn Baldassarre said.

Her daughter, she said, was afraid to speak out about what she saw.