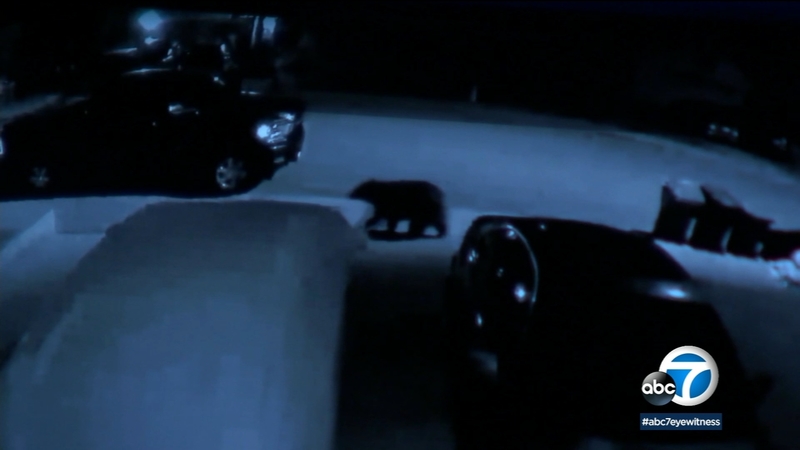 Duarte family frightened after bear gets into home

DUARTE, Calif. (KABC) -- A family in Duarte had a frightening close call with a bear that managed to get into their home Friday night.

Deputies responded to the 2700 block of Briar Summit Drive around 8:30 p.m. after receiving a call about the bear entering the home, according to the Los Angeles County Sheriff's Department.

Barbara Rogers and her husband say they opened a back door to let their cats in and that's when the bear walked in.

"My husband goes 'There's a bear in the house!' and I look down the stairs and I saw his big nose and it was about a 250-pound - he said a junior bear - so it wasn't very old," Rogers added.

The couple ran upstairs to their bedroom and locked themselves in while they waited for authorities to help.

Although nobody was injured, the incident served as a reminder of how close the animals can get.

Residents in that neighborhood, which is located at the edge of the Angeles National Forest, have had past encounters with bears. The couple recorded video in February when they believe the same bear came by and drank some water on their patio.

At some point Friday night, the bear left the home on its own. But Rogers said the bear stayed in the house for quite some time and left a mess in the kitchen.

"He was looking for food. He went through my whole pantry, he pulled out the flour...he ate all the cat food from the two cat dishes. He ate prunes," Rogers said.

Another neighbor told Eyewitness News he believes he spotted the same bear a couple nights ago.