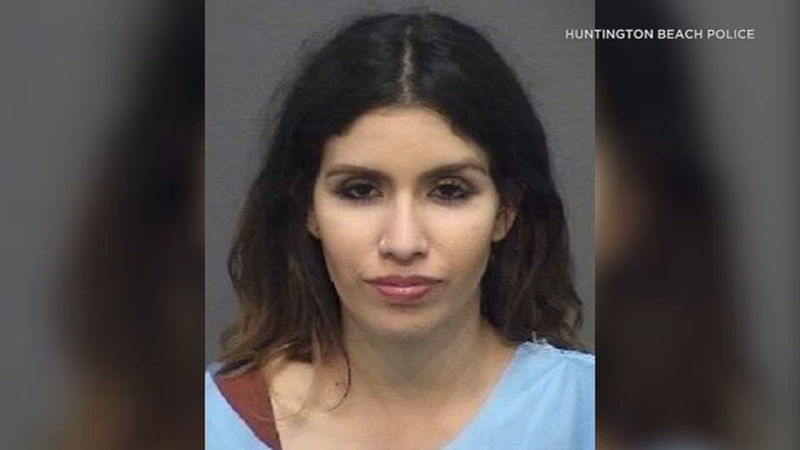 HUNTINGTON BEACH, Calif. (KABC) -- A San Clemente woman was sentenced to 51 years to life on Thursday for her role in a DUI crash in Huntington Beach that killed three teens from Las Vegas while they were on spring break.

Bani Duarte had been convicted three murder counts and one count of driving under the influence in the March 2018 crash. She was driving at high speeds on the Pacific Coast Highway when she rear-ended another car that was stopped at a red light and pushed it into a pole.

The teens' vehicle erupted in flames, leaving all three of them deceased at the scene. A fourth person in the car suffered life-long injuries.

The 29-year-old had four times the legal alcohol limit in her system.

"If you drink and drive and kill you will be, if we can prove it, charged with murder," said Orange County District Attorney Todd Spitzer.

The 17- and 18-year-olds, who were set to graduate from high school later that year, were identified by family members and friends as Brooke Hawley, Dylan Mack and A.J. Rossi.

Bani Duarte, 27, of San Clemente was arrested for vehicular manslaughter while intoxicated and DUI causing injury, according to Huntington Beach police.

In court, the victim's families shared memories as photos of their lost loved ones were projected on a screen.

"It's been the hardest thing we've ever had to do, obviously. Thank god the judge was in our favor and did the right thing because she ended three beautiful babies' lives," said Allie Rossi, the sister of one of the victims.

During the sentencing hearing, Duarte addressed those in the courtroom and asked for mercy.

"I am begging for an opportunity to be able to see my kids again. At this point, I don't even know who's going to raise my children or if I'm ever going to be able to hug them again or comfort them," she said tearfully. "No one is to blame but me. I take full responsibility.