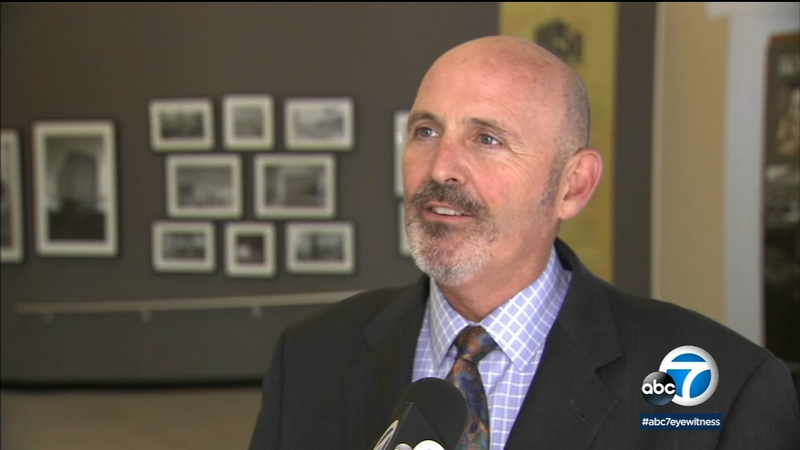 LOS ANGELES (CNS) -- A former general manager of the Los Angeles Department of Water and Power has agreed to plead guilty to a federal bribery charge for accepting payments from a lawyer in exchange for helping the attorney obtain a $30 million no-bid contract for the lawyer's company, the U.S. Attorney's Office announced Monday.

David H. Wright, 62, of Riverside, will plead guilty in Los Angeles federal court to one count of bribery on a date to be determined, according to the plea agreement, filed Monday.

In the document, Wright also admits participating in other "corrupt schemes'' while leading the municipal utility. He is expected to make his initial court appearance Friday.

The lawyer, Paul Paradis, agreed last week to plead guilty to a federal bribery charge as part of a wide-ranging probe of the city's handling of the botched rollout of a DWP billing system.

The cases against Wright and Paradis are believed to be the first criminal charges arising out of the investigation into the billing system rollout and subsequent litigation. The failed system led to many customers receiving wildly inflated bills.

A DWP representative did not immediately respond to a request for comment sent after regular business hours.

A Houston businessman was given nine years in prison for a scheme in which he stole more than $1.6 million in Paycheck Protection Program loans.

Wright was the DWP general manager from September 2016 until July 2019, when prosecutors say he resigned at the direction'' of Mayor Eric Garcetti.

According to prosecutors, Wright developed a relationship with Paradis, an Arizona attorney hired by the city to represent the city in litigation against the contractor involved in the 2013 billing system rollout.

Paradis and his New York-based law firm also had a $6 million DWP contract to provide project management services in efforts to repair the faulty billing system. At the same time, however, Paradis was representing a DWP customer who planned to sue the city over the billing system.

Paradis admitted in his plea agreement that he accepted a nearly $2.2 million kickback for getting another attorney to represent his ratepayer client in the lawsuit against DWP -- a suit that ultimately resulted in a universal, class-action settlement that critics contended was overly favorable to the city.

Paradis, 58, is expected to make his first court appearance on Dec. 16.

According to prosecutors, Wright and Paradis struck a deal in early 2017, with Wright supporting a "no-bid'' $30 million DWP contract for Paradis' downtown Los Angeles-based company Aventador Utility Services LLC, while Paradis agreed to give Wright a million-dollar-per-year job as Aventador's CEO once he left the DWP. The deal also included a luxury company car for Wright, prosecutors said.

Wright also lobbied members of the DWP board of directors to support the contact for Aventador, whose company name was taken from a model of Lamborghini sports car, according to his plea deal.

In his plea deal, Wright admits that he lied to federal investigators in June 2019 when he told them he did not have any financial or business interest tied to Paradis. He also admitted destroying evidence to thwart to the federal probe.

According to court documents, after the faulty billing system was rolled out, the city and utility faced multiple class-action lawsuits filed by ratepayers alleging harm resulting from the program.

In December 2014, the City Attorney's Office retained Paradis and Beverly Hills lawyer Paul R. Kiesel as special counsel to represent the city in a lawsuit meant to be used to settle all related claims on the city's desired terms, according to federal prosecutors.

Kiesel is cooperating with the investigation and is not charged with any wrongdoing.