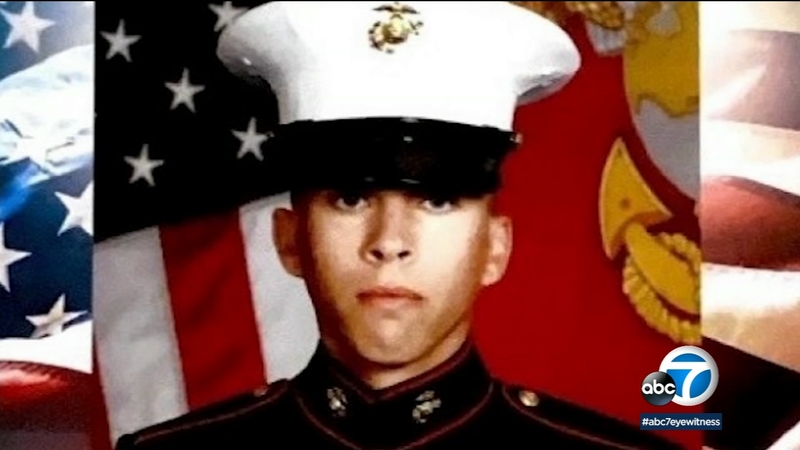 Marine Lance Cpl. Dylan Merola, who was among the 13 American service members killed in a bombing in Afghanistan last month, was honored with a procession across Southern California on Tuesday.

The 20-year-old from Rancho Cucamonga died Aug. 26 in the attack at a Kabul airport that also claimed the lives of other local Marines, including Lance Cpl. Kareem Nikoui and Cpl. Hunter Lopez.

A procession carrying Merola's remains departed Ontario International Airport at about 5:45 p.m. Tuesday and ended up at Forest Lawn Covina Hills, where a public funeral service for Merola will be held Sunday afternoon, followed by a private ceremony.

Authorities urged residents to show their support by lining the procession's route with flags to honor the fallen Marine.

People lined the streets just in front of the airport as the procession began. The hearse traveled down the 210 Freeway, where it was met with hundreds on top of overpasses.

A large American flag hung from cranes on top of a bridge, along with several hundred more people waving American flags.

The hearse made its final turn into Forest Lawn Covina Hills, met by a sign from the local Boy Scouts saying "thank you for your service."

His casket was unloaded from the hearse and brought into the mortuary.

From the airport, the procession traveled:

A public funeral service for Merola will be at 2:30 p.m. Sunday at Forest Lawn, followed by a private burial service.