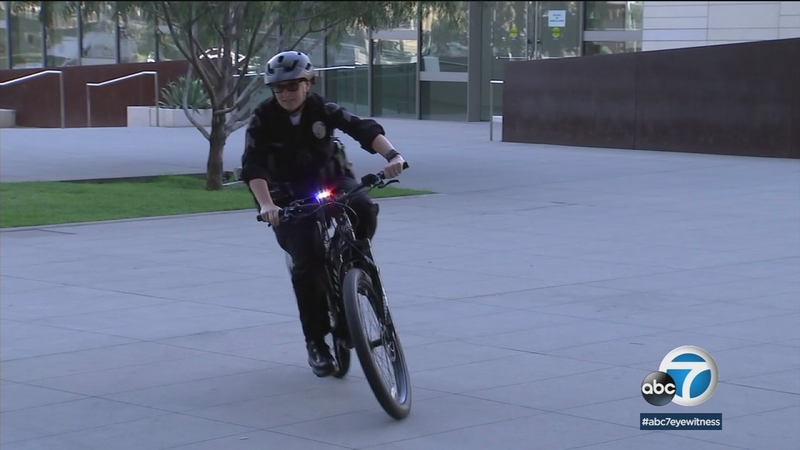 Officers will soon be patrolling the streets on e-bikes.

The department has purchased 20 of the pedal-assist bikes. That's the biggest fleet of police e-bikes in the country.

"E-bikes are the future of bicycling in my opinion, especially in an urban environment," said LAPD Chief Charlie Beck. "You can cover long distances at a good speed and get as much workout as you want."

The e-bikes were specially designed for the LAPD. The power assist makes it easier for officers to pedal. They can travel as fast as 28 mph, enabling officers to easily keep up with traffic and in many instances move faster.

"They also work great in pedestrian environments, crowded environments like Venice Beach or Hollywood Boulevard - all of the places that we use regular bicycles now," Beck said.

Police use vehicles, motorcycles and even horseback to patrol Los Angeles.

Officials believe e-bikes offer advantages over the bicycles hundreds of officers cruise the streets on every day.

"It's great for police use because it allows you to get there faster than with a regular bike and when you get there you're not as exhausted," said Fernando Endai, with Bosch eBike Systems.