Police say he refused to follow officers' commands to drop the knife.
KABC 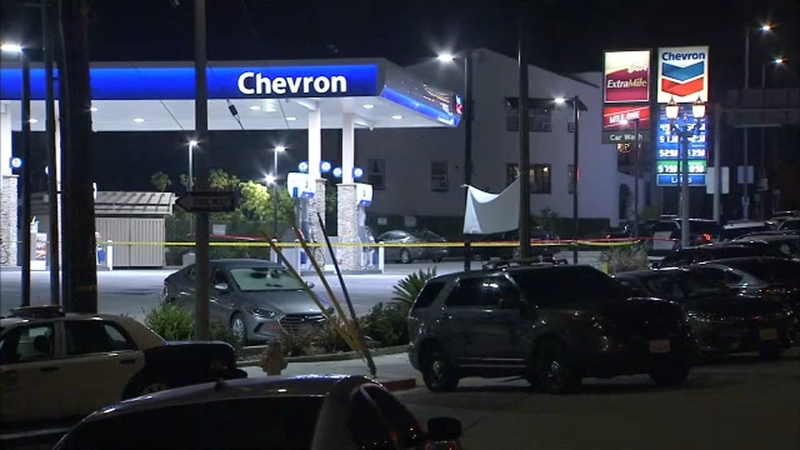 EAGLE ROCK, LOS ANGELES (KABC) -- A man died after he was shot by police at a gas station in Eagle Rock, investigators say.

It happened just before 6 p.m. on Sunday in the 2900 block of West Broadway.

Det. Meghan Aguilar with the Los Angeles Police Department said when officers arrived, they found the man in a parked car, bleeding and armed with a large butcher knife. She said as he got out, he refused to follow officers' commands to drop the knife.

"He continued to approach the officer," said Aguilar.

That's when officers shot the man, though it's unclear how many times he was hit.

He was sent to the hospital where he later died.

No other injuries were reported. The incident remains under investigation.