California National Guard prepares for the 'Big One' 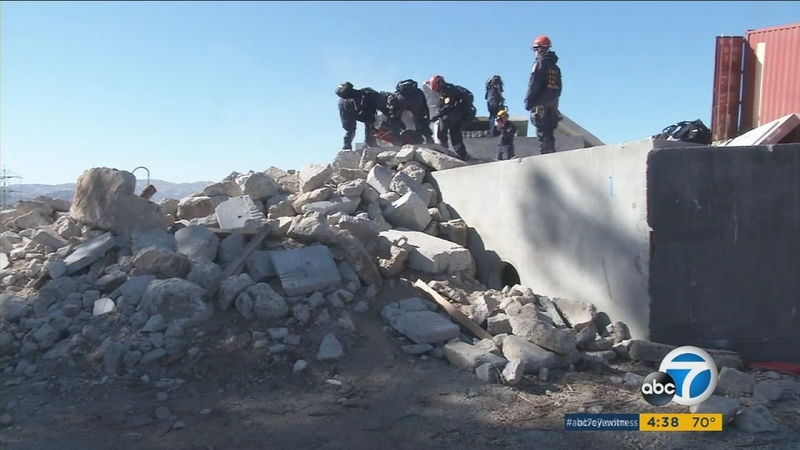 California National Guard prepares for the 'Big One'

CASTAIC, Calif (KABC) -- It looks like the scene of a real-life disaster, with rescue teams sifting through rubble of what appears to be the aftermath of a major earthquake.

The scenario was a large-scale drill, part of an effort by the California National Guard to prepare for the "Big One."

The scene in Castaic was one part of a massive exercise called Vigilant Guard, hosted by the California and Nevada national guards.

More than 3,000 members of the National Guard as well as thousands of other first responders participated in the week-long exercise.

The exercise simulated the aftermath of a 7.8 magnitude earthquake along the San Andreas Fault. With major roads and freeways destroyed, guardsmen fly support and supplies in Blackhawk helicopters. Dogs try to sniff out survivors and guardsmen cut through rubble looking for survivors.