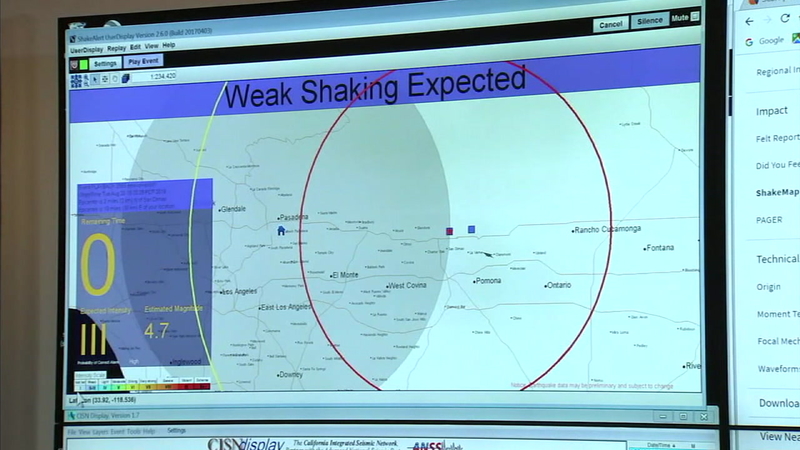 SAN PEDRO, LOS ANGELES -- When an earthquake strikes, so do nerves. But because of La Verne's 4.4-magnitude earthquake was enough to cause panic, people spent their Wednesday focusing on dealing with disasters.

Federal, state and local law enforcement and emergency officials gathered in San Pedro for a meeting on emergency preparedness.

"This is all to try ahead of time to get to know each other, get familiar with the plan because we all have different authorities and places to be," said Steve Mogan, with the U.S. Department of Defense.

Fortunately, the La Verne quake was not a disaster. But emergency officials said it should serve as a reminder to prepare for one.

"This is Los Angeles, it's a mega city at risk," Ken Hudnut said.

Hudnut is a geophysicist for the U.S. Geological Survey. His message is to get ready and do it now.

"Make sure you have enough water stored. If you don't already have an earthquake kit, really you should," he said.

But being prepared takes more than just stocking up on food and emergency supplies.

"It goes beyond that. You need to have a communications plan. You need to decide on your refuge site. You need to identify your vulnerable population within your community," said Aram Sahakian, with the Los Angeles Emergency Management Department.

Sahakian said the city and state continue moving forward with the Earthquake Alert System as well as recovery plans. But he said unless residents are ready for the big one, when it finally hits the effects could be catastrophic.