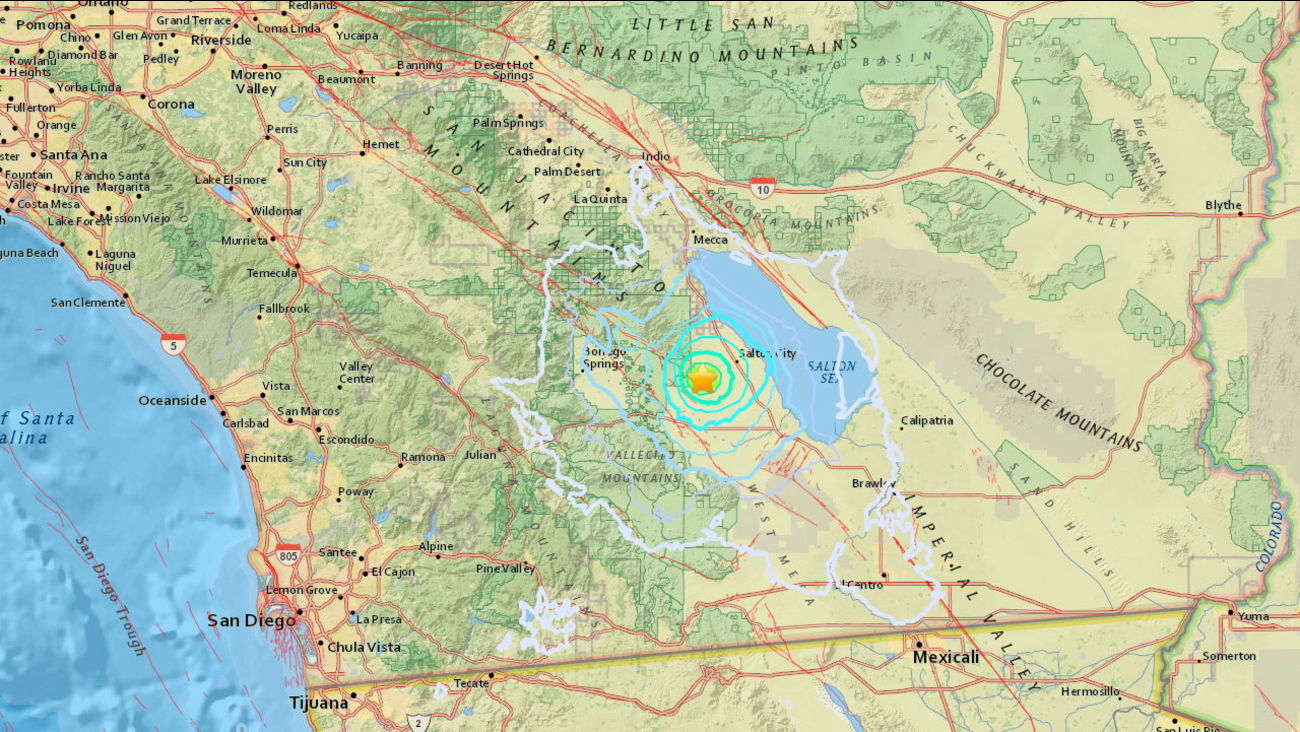 A map shows the epicenter of an earthquake that struck near the Salton Sea in Imperial County on Tuesday, March 14, 2017. (U.S. Geological Survey)

SALTON CITY, Calif. (KABC) -- A preliminary-magnitude 3.6 earthquake struck near the Salton Sea in Imperial County on Tuesday morning, according to the U.S. Geological Survey.

There were no initial reports of injuries or damage due to the temblor, but Salton City's Sea View Elementary was evacuated as a precaution, KESQ-TV reported.

The epicenter was located about 7 miles southwest of Salton City and 71 miles east-northeast of San Diego.

The quake's depth was measured at 5.6 miles, the USGS said.

The seismic event occurred in the aftermath of two earthquakes of similar strength that hit the Inland Empire on Monday night.

A magnitude-3.6 quake was recorded near Loma Linda shortly after 10 p.m. and was followed two minutes later by a magnitude-3.0 quake near Banning, the Geological Survey said.