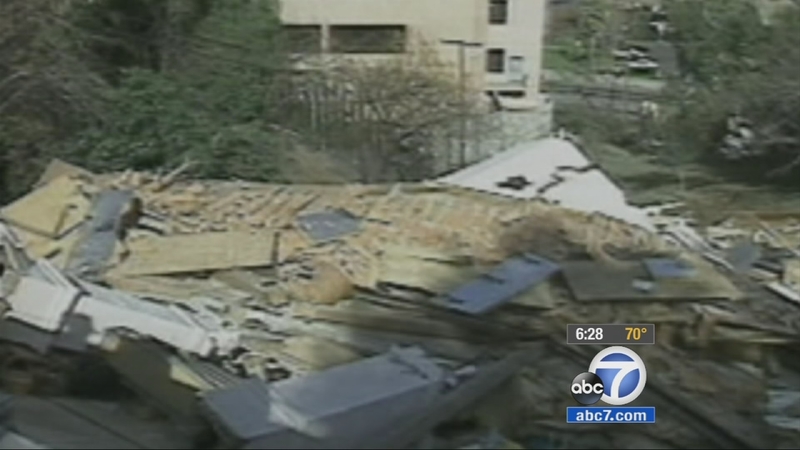 LOS ANGELES (KABC) -- There are more than a million buildings in Los Angeles, and any one of them could be damaged in a strong earthquake.

We've seen them crumble and fall before, in the Northridge earthquake, and in a number of temblors since then, but experts say L.A. has more than 20,000 extremely vulnerable structures that wouldn't fare well, at all, in an earthquake.

"Here in Los Angeles, much of the city was built in the 50s and 60s in a style of construction that performed badly in the 71 earthquake," said Dr. Lucy Jones, a seismologist with the U.S. Geological Survey. "We don't build them now, but we still have those older buildings, and we know that they are potentially very deadly buildings."

Those deadly buildings, as Jones calls them, were the focus of an earthquake risk summit in downtown L.A. Monday. Engineers and policy makers came together to find solutions to a complicated problem. According to Jones, it's not financially feasible to repair thousands of buildings, but they can't be ignored either.

"So 20,000 buildings is an awful lot of money to try and find, and what are solutions that are going to work, that recognize that we're trying to protect the economy after the earthquake without destroying the economy before the earthquake," Jones said.

Another goal at the summit? To find ways to protect the local economy from a severe depression after a major earthquake. Jones points to the hardships in San Francisco, recovering after the devastating earthquake in 1906, and more recently, New Orleans' troubles overcoming the long-term economic effects of Hurricane Katrina.

A big earthquake in L.A., where 60 percent of the residents are renters, could disrupt life as we know it and trigger a mass exodus.

As city leaders tackle the challenge of what they can do to protect the local economy after a big earthquake, we all need to do our part now and prepare by, at the very least, collecting water, food and medicine.