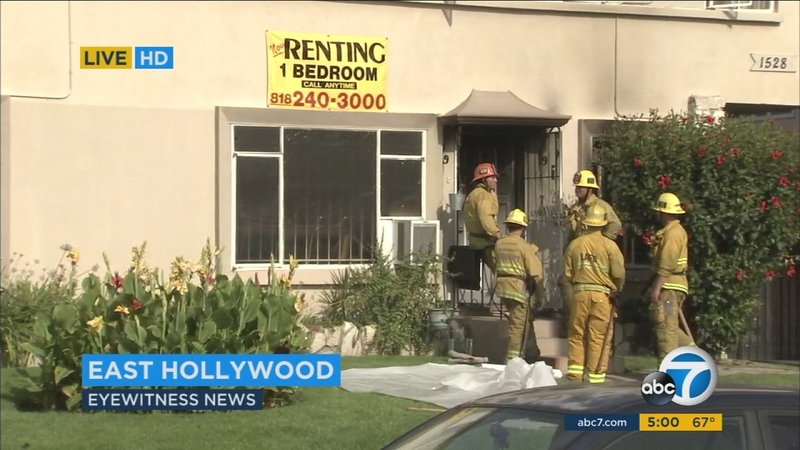 EAST HOLLYWOOD, LOS ANGELES (KABC) -- The body of a 73-year-old woman was found after a fire ripped through her East Hollywood apartment Saturday.

The deadly blaze broke out in the apartment's kitchen area just after 12:30 p.m., officials said.

A neighbor tried to get inside the woman's apartment in the 1500 block of North Hobart Boulevard, but the flames and smoke were too intense, witnesses said.

"The fire was primarily in the kitchen area," said Los Angeles Fire Department battalion chief Tim Kelly. "It was a fairly quick knockdown in terms of the firefighting resources - putting water on the fire. It was about 11 minutes."

No other units in the complex were damaged by the fire.

Investigators are looking into the cause.