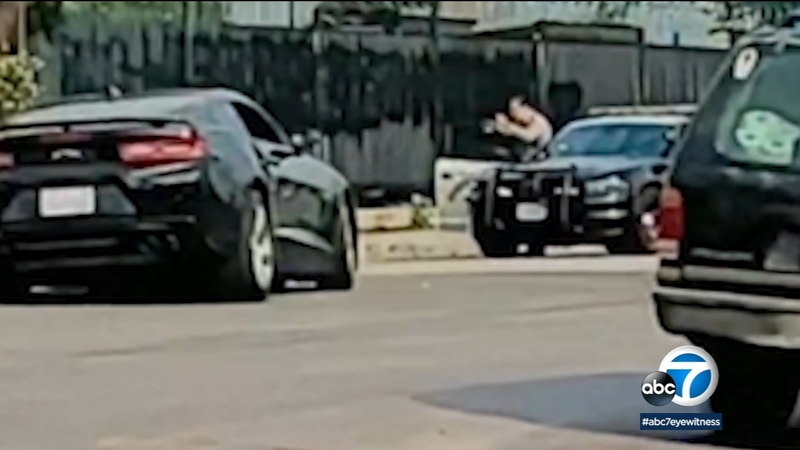 The shooting happened near the intersection of Indiana and Medford streets in an industrial area around 3:15 p.m.

Officer Chris Baldanado said CHP responded after a call about a two-car crash, but the agency revealed little about the case or exactly what led the officers to open fire.

The male driver was pronounced dead at the scene.

The two vehicles involved - a Honda sedan and a Chevrolet Camaro - both had damage. It's unclear which vehicle the man was driving.

A still image of a video being shared on social media shows an officer with his gun drawn toward the vehicle. Residents say the man was not armed, but he appeared to be under the influence.

Witness Dalilia Mendez said the man was obeying orders by putting his hands behind his neck, but because he was drunk, he stumbled and CHP used a Taser on him. She said the man was "reaching at one of the cops" and he was then shot seven times.

No officers were injured in the incident, authorities said.