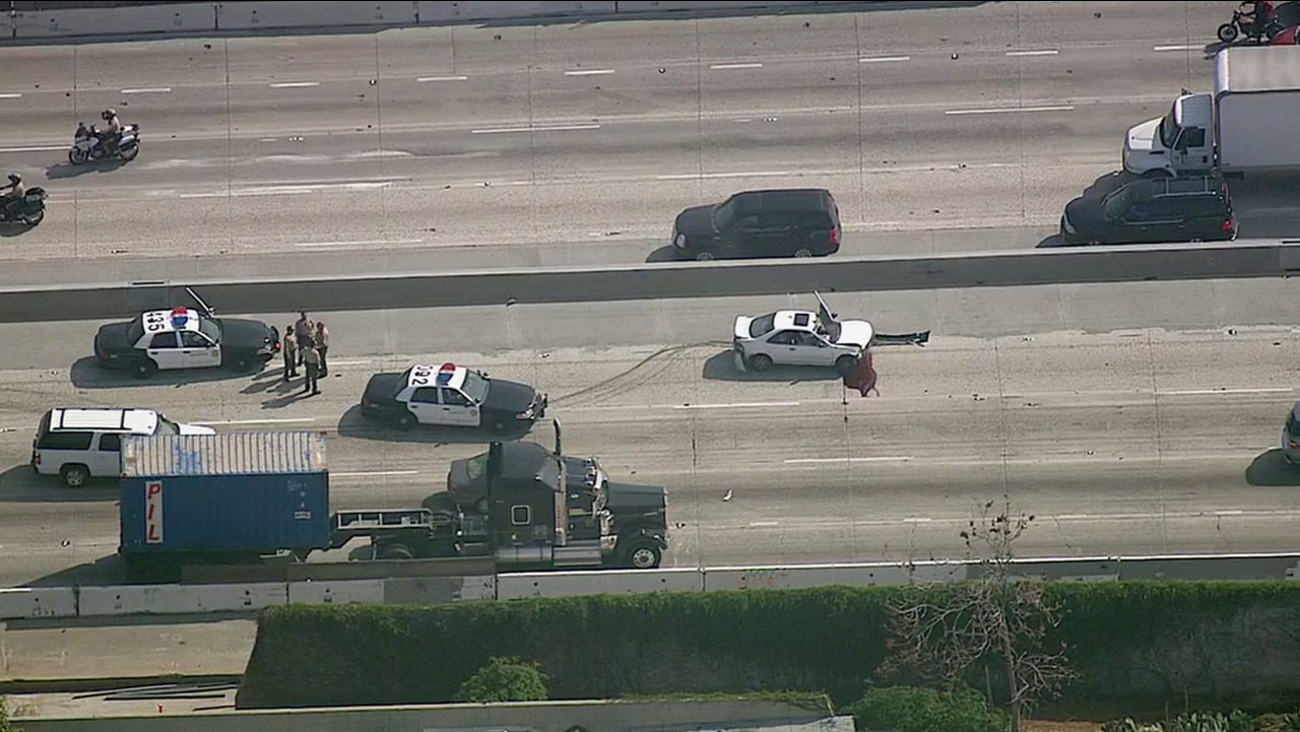 A suspect crashed a stolen vehicle Tuesday, March 1, 2016 during a brief chase on the southbound 710 Freeway near Humphreys Avenue in East Los Angeles.

The suspect allegedly crashed a stolen vehicle during a brief chase on the southbound 710 Freeway between 3rd Street and Humphreys Avenue around 10:30 a.m., and then ran eastbound through traffic lanes, sheriff's deputies said.

The California Highway Patrol was assisting the L.A. County Sheriff's Department in their search for the suspect. Officials initially said they believed he was bedded down somewhere in the area, prompting a precautionary lockdown at Humphreys Avenue Elementary School in the 500 block of S. Humphreys Avenue.

The perimeter was taken down around 11:15 a.m., at which point sheriff's deputies said they were no longer actively searching for the suspect in the neighborhood.