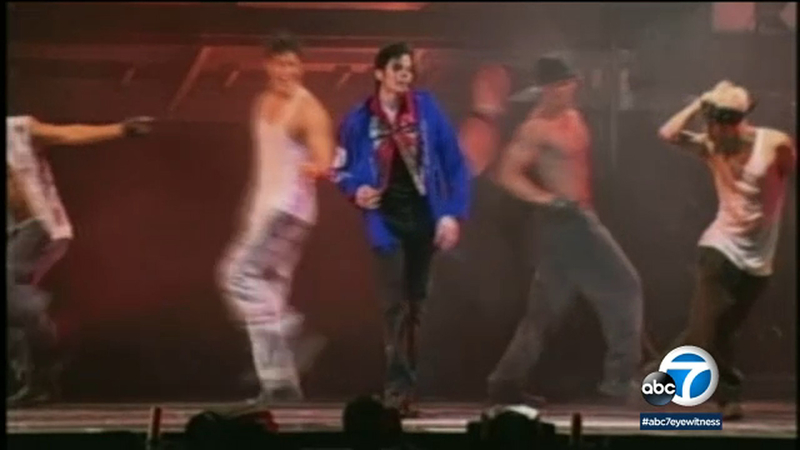 After nearly 17 years, the face of countless Hollywood death investigations has retired from the Los Angeles County Coroner's office.

Ed Winter recently hung up his badge as Assistant Chief with the department after having been at the forefront of celebrity deaths, including Michael Jackson, Corey Haim, Whitney Houston, Brittany Murphy, Paul Walker and Tom Petty. Now, he's revealing new details about those headline making moments.

Looking back, Winter said the most notable investigation began on June 25, 2009, the day that Michael Jackson died.

He remembers crowds lining the hallways inside UCLA Medical Center when he entered Jackson's hospital room -- the first person to see his body, he said.

He immediately had concerns when he noticed injection points on his body. The Jackson family was in one room, and Jackson's doctor, Conrad Murray, was in another.

"He fled! He was a cardiologist. And all he would've had to say is 'I'll sign the death certificate'," Winter said. "Michael's 50, he had a heart problem or something. And we might've gone 'Oh, ok!' but since he was gone, now we'll bring him in. Michael had enough Propofol in him to put down a rhinoceros or an elephant."

Murray was eventually sentenced to four years in prison for involuntary manslaughter.

INTERACTIVE TIMELINE: Scroll through the window below or click the years on the top to explore


Soon after, Winter found himself staring at the body of another iconic singer: Whitney Houston.

She had just been pulled from the tub, after an accidental drowning with cocaine use and heart disease as contributing factors. He recalls Houston's family standing in the hallway.

"The detective wanted to introduce me. This short lady that he went to introduce said, 'This is Ed Winter,' and she said 'I know who Ed Winter is'," he said.

"She" turned out to be Dionne Warwick.

"Oh my god," Winter said. "Talk about a lady with so much grace and class. She took my hand, held onto it and said, 'You take good care of Whitney, cause you took care of Michael'."

Winter's tenure with the coroner's office even started with a famous case. It was his first day on the job.

"She was almost stretched out with just part of her bottom on the edge of the chair," Winter recalled. "You don't sit that way. No body sits that way, whether you're shooting yourself or not."

The famous music producer was convicted of murder and is now in prison.

And then, there's the death of actor Paul Walker, who perished in a fiery high speed Santa Clarita crash six years ago.

"He died instantly, even though there were some reports that he was in the car and the car was on fire and he was screaming for help and a couple bystanders tried to pull him out but couldn't," he said.

Winter says his relationships with these families will last a lifetime.

Though the public might see them as celebrities, he says they react to losing a loved one the same as anyone else.

"You get tears," he said. "And we've had people actually laugh. Just that was their way of dealing with the emotions."