EDD offices have been closed to the public for over 25 years; here's why 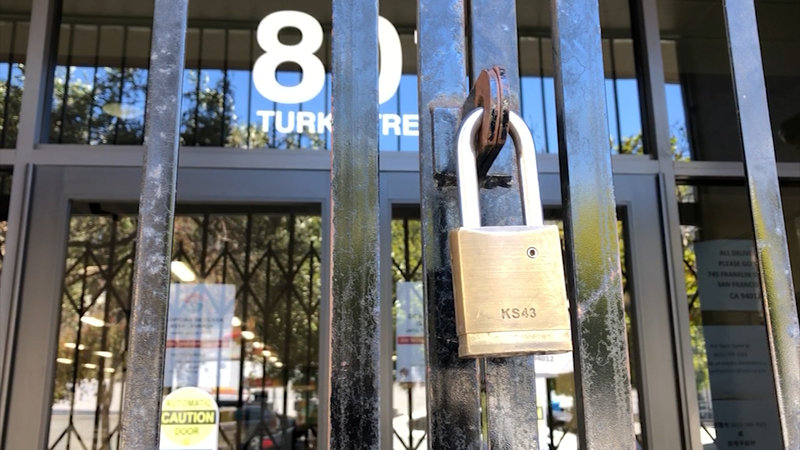 Here's why you can't visit the EDD in person

SAN FRANCISCO -- Anyone who's had to deal with the Employment Development Department over the past year knows how difficult it is to get someone on the phone to help with their unemployment claims. Frustrated workers wish they could just go down to a local EDD office to straighten everything out. Of course, buildings were closed and everyone thought it was because of the pandemic. Now, 7 On Your Side has learned that this started long ago.

RELATED: EDD claims Lakeport man is in prison, orders him to return his jobless benefits

It's been the same drill over and over for thousands of jobless Californians:

"Thank you for calling the Employment Development Department," says a recording over the phone.

"We've significantly ramped up our ability to help..." it continues.

"We are currently receiving more calls than we can answer..."

"And are unable to assist you at this time..."

After suspending the requirement, the EDD now says workers must look for work to receive unemployment benefits.

"It's incredibly annoying, insanely annoying," said Oscar Alcaraz of Torrance, "I had to wait on hold for EDD for three hours."

Roxzan Macon of Hesperia said, "They will get your information, put you on hold, and then hang up on you."

"I wish that you could go into an office, whichever office has your file," Alcaraz added. "So I can go in there and say, 'What do you need from me? Do you need this? Here it is.'"

Ben Chrimes of San Jose said, "I'll physically go down to an EDD office address, I'll have all my information."

Frustrated workers showing up at the EDD offices during the pandemic were met with iron gates and bolted doors. A sign told them to call the same 800 number they'd been calling over and over.

When the state lockdown ended on June 15, many thought they could finally go down and get their claim fixed in person.

For seniors, driver's license renewals have been waived to keep people from unnecessarily going to the DMV. But for the EDD's identity verification system, an expired license still cost a Redwood City woman her precious benefits.

"They kept coming to the door, 'No, we're closed. We're closed,'" said Macon.

"Oh, are they all closed? Okay, great," said Chrimes.

7 On Your Side contacted a local EDD office asking why it was still locked up. An agent who picked up the phone simply said, "Oxnard, 1993."

Many don't remember the mass shooting at the EDD building in Oxnard.

"He shot the surveillance camera and started shooting people," said Diri Gonzales, an eyewitness to the shooting, to KABC back in 1993.

"When he shot the surveillance camera, everybody hit the floor. That's when he started shooting at people," affirmed Gonzales.

Back then, ABC reported that a man with a shotgun opened fire inside the office, killing three EDD employees.

"Witnesses say the gunman rested the gun on the countertop and began firing, killing two men behind the counter and wounding a woman who later died at the hospital. He then emptied the chamber, wounding four others including the wife of Oxnard's mayor," said a KABC report.

The gunman then led police on a chase to another EDD building in Ventura.

"There, police were ready. It was a short gunfight. The suspect was wounded, handcuffed, and died at the scene," the contemporaneous report concluded.

Andrew Jimenez is directing a documentary about the shooting. His mother was one of the EDD employees who barely escaped the massacre that day.

"It was Ventura County's first mass shooting and it was kind of forgotten about," said Jimenez.

"She had called 911 and he approaches her desk and had the gun pointed at her. For some reason, by divine intervention, the gun jams. He ends up taking out his other gun and shooting my mom's coworker like right next to her," said Jimenez.

25 years later, he heard the recording of his mom's frantic 911 call.

"I was speechless when I heard it... like my mom might not be here if things had gone differently that day," he said.

Local newspapers reported the suspect had been denied unemployment benefits, lost his appeal, and spent seven years trying to find a job -- but never did.

"Safety was a concern... the most extreme was somebody coming in with a shotgun," said former EDD Director Michael Bernick.

Within three years, the EDD moved all unemployment staff out of the public eye and into call centers, leaving only the job centers inside EDD buildings.

However, Bernick said shielding employees was only part of the reason.

"A lot of the drive to end in-person was efficiency... One, to save money. Two, to, in many ways, make it easier for claimants," he said.

For the first time, workers could file a claim by phone or mail. No more waiting in line.

"They didn't have to come down to get in a car or bus and go down to the UI office and wait in line for an hour or two. They could pick up the phone and file and certify," Bernick said.

Former EDD Supervisor Michael Dolphin said it was part of a push to modernize. "Unemployment insurance did not require face-to-face, person-to-person communication."

"If we automate the unemployment insurance system, we can be more efficient and more effective at getting the workload done," said Dolphin.

Some lawmakers were unaware unemployment offices have been closed for a quarter century.

"I mean, I'm as surprised as you were to learn this right now," said State Assemblyman David Chiu (D - San Francisco).

"It's part of this ongoing litany where it's tough to correspond with the EDD," added State Senator Josh Becker (D - San Mateo).

At first, the call center was considered a big success. EDD said filing a claim in person took, on average, two hours and 48 minutes, including travel and wait times.

A state auditor's report in 2001 found the average call to EDD lasted just nine minutes -- a swiftness unheard of today.

An audit this year found EDD answered fewer than one percent of calls during the height of the pandemic, when nearly two million calls per week poured in.

"I find it hard to believe that in all these years, there have not been some improvements," said Dolphin.

"I think the challenge has been really that EDD, and most of the government frankly, hasn't been able to keep up with the times," said Assemblymember Phil Ting (D - San Francisco). "Government in general, this is the state as well, as are the cities; we are faced with numerous challenges because we don't have great technology products."

You can go to an EDD building but only to use the phones and computers. You still have to call the 800 number for help. Tomorrow, we'll take a look at how the call center evolved over the years. Should we go back to services in person?

Have a question for Michael and the 7 On Your Side team? Fill out the form HERE!

7OYS's consumer hotline is a free consumer mediation service for those in the San Francisco Bay Area. We assist individuals with consumer-related issues; we cannot assist on cases between businesses, or cases involving family law, criminal matters, landlord/tenant disputes, labor issues, or medical issues. Please review our FAQ here. As a part of our process in assisting you, it is necessary that we contact the company / agency you are writing about. If you do not wish us to contact them, please let us know right away, as it will affect our ability to work on your case. Due to the high volume of emails we receive, please allow 3-5 business days for a response.