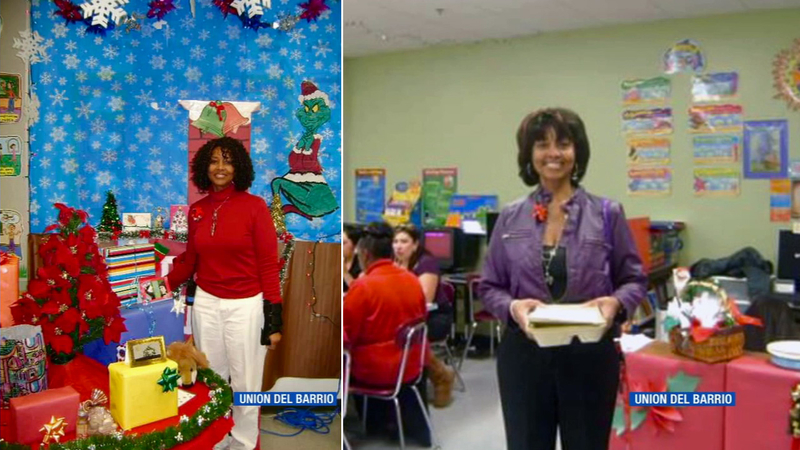 "We are all concerned with our children [and] their safety," Khadijah Abdul said.

She was among the two dozen demonstrators who gathered at the elementary school, demanding that Principal Brenda Grady be removed.

"We demand a better principal for this school and we demand a safer environment for our children," Abdul said.

Grady has been the principal at John W. Mack Elementary School for more than a decade, but some parents at Thursday's rally said she is insensitive to Spanish-speaking parents.

"We want Ms. Grady's resignation today," said Raphael Morales, a parent who was allegedly fired from his job as the site manager of the after-school program because he was critical of the administration.

"On May 15, I received my laid off notice telling me that it was a school request. Teachers and parents have not requested this, it's been the principal," Morales said.

Grady did not respond to Eyewitness News' request for an interview, but the Los Angeles County Unified School District issued the following statement:

"[The district] is aware of the parent concerns at Mack Elementary. District personnel and the principal met with the concerned parents on Tuesday. The district will make sure that all policies and procedures are followed."