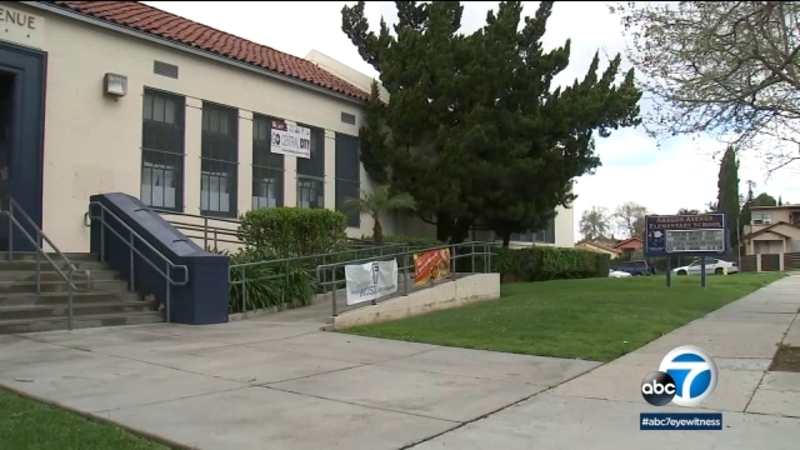 LAUSD schools to remain closed through May 1

LOS ANGELES (KABC) -- Schools within the Los Angeles Unified School District will not be back in session for several more weeks as widespread efforts to control the spread of the novel coronavirus continue.

In a letter sent to parents within the district on Monday morning, Superintendent Austin Beutner announced that schools will remain closed through May 1.

"I wish I could tell you it will all be back to normal sometime soon, but it does not look like that will be the case," Beutner said in the statement.

Beutner estimates that about half of the district's students are continuing to learn at the same pace they were while physically attending school. A quarter of them are doing "okay," while the rest aren't "getting the learning opportunity they should be."

EMBED More News Videos
Part of the problem is technology.

An Eyewitness News data search found that 22% of households in the Greater L.A. area don't have access to high-speed internet. Almost 6% don't even have a computer.

And 27% of households within LAUSD don't have high-speed internet, and 8% don't have computers.

In an effort to close that gap, Beutner also announced a $100 million emergency investment to provide devices and free internet access, in partnership with Verizon, for all LAUSD students who do not have it.

"Many of our families are struggling to make ends meet and cannot afford to do this on their own - but their children deserve the same opportunity those in more affluent communities have," Beutner said.

The continued closure of schools has also raised many questions surrounding the graduating class of 2020.

"We will do our best to prepare them for the next chapter and find a way to celebrate all they have accomplished," Beutner said during a Monday morning press conference.

Some families, though, have been able to keep the learning process moving forward.

Yvette Peterson is home teaching three kids, which should come as second nature since Peterson is an LAUSD substitute teacher. She has kept her kids on a structured school-at-home schedule with online learning and even exercise breaks.

"I think this takes a tremendous amount of self discipline on all of us, myself included to really be on it and make sure they're doing their stuff," she said.

But LAUSD's task goes way beyond just feeding the mind. It's responsible for feeding bodies as well. On an average school day that means serving more than a million meals. That is why the district is now running 60 so-called Grab and Go centers scattered throughout its territory.

"Last Friday, we served almost a quarter of a million meals and helped more people than any other food bank in the country," Beutner said.

Beutner said over the next few weeks, students will learn at home independently while teachers learn how to teach online and prepare their instruction plans.