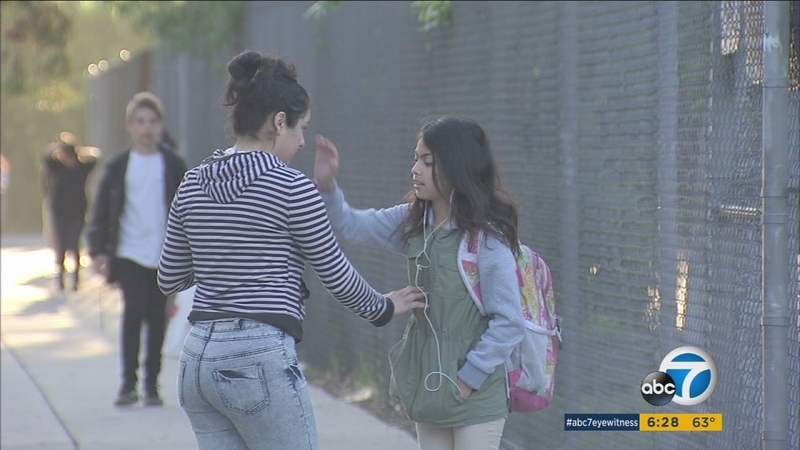 Outage over race based school budget cuts in NoHo

NORTH HOLLYWOOD, LOS ANGELES (KABC) -- Outrage has grown at Walter Reed Middle School in North Hollywood, as the school faces layoffs and increased class sizes due to a law limiting funds for schools with a higher white student body.

The Los Angeles Unified School District provides more funding for schools where the white population is below 30 percent.

In a letter to parents, the district noted the highly regarded middle school had been above the percentage for the past couple years.

The racial formula was a condition imposed by court decisions dealing with desegregation in the 1970s.

Parents, however, remain frustrated with what the cuts might mean for their children.

"When your class sizes are getting larger and you're taking resources away from students, I mean ss parents, you do want your kid to go out to college," one parent, Rosemary Estrada, said.

In an attempt to lessen the budget cuts, the district changed the school's spending formula to one based on the number of students.

Several jobs will still be lost and class sizes could grow. For many parents, the race-based reason of "too many white students" has made the cuts more difficult to swallow.