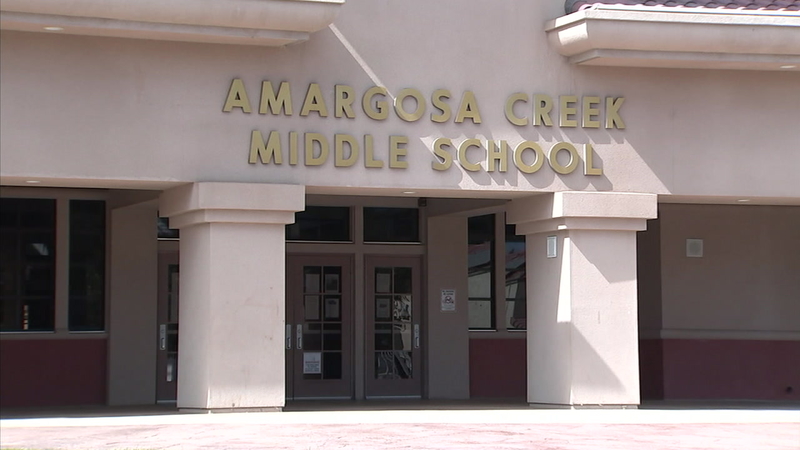 LANCASTER, Calif. (KABC) -- A 12-year-old boy with autism says another student urinated on him at school on purpose. Now his mother is demanding answers from school officials.

The boy and his mother spoke to Eyewitness News.

"I wish other kids would give him a chance," said Alida Rothmel, the boy's mother. "I hate knowing that he feels alone. Because he's such a good kid."

The incident happened in the boys bathroom at Amargosa Creek Middle School. The boy says another student doused him with urine.

He asked him why he did it.

"He just kept laughing. Like it was so funny to put urine on another person. That's kind of rude."

Rothmel is frustrated that the school won't talk to her about the incident.

Her son reported it to the teacher. She then had to go to the school to bring him a change of clothes.

She says she's still waiting to hear from the school principal or Lancaster School District superintendent. She says she did get a call from the superintendent in nearby Palmdale who expressed grief and outrage about the incident.

Eyewitness News spoke briefly to the school principal, who walked away without commenting. The superintendent has not responded to a request for comment.