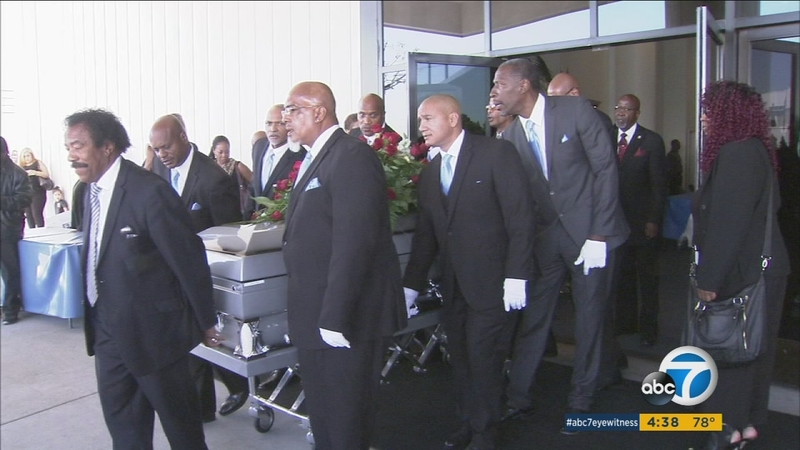 E.J. Jackson, founder of Jackson Limousine Service, died Nov. 1, after suffering a heart attack. He was 66.

"We want to say we love you, we thank you for the phone calls, we thank you so much for the emails ... the words of encouragement," said TyRon Jackson, one of Jackson's seven children.

The South Los Angeles businessman and philanthropist owned Jackson Limousine Service. In 1982, he started a turkey giveaway for senior citizens, which became an annual event.

"In that line that wraps around about six blocks, you will see people who are in desperate need," said Congresswoman Maxine Waters.

"He lived a life and left a legacy that many of us celebrate, and that's why many of us are here today," said Smiley.

Jackson's family says the 34th annual Turkey and Grocery Giveaway will continue as planned Nov. 22. For more information and to donate, visit http://turkeygiveaway.org/.