BROOKLYN, N.Y. -- Opening statements were delayed Tuesday morning in the U.S. trial of Joaquin "El Chapo" Guzman after a juror had to be dismissed.

The judge received a handwritten letter from juror No. 1's doctor, explaining she could not stay on the trial. The juror cried last week when she was selected, but Judge Brian Cogan refused to let her off.

Cogan excused her Tuesday, fearing she could suffer from a breakdown.

Lawyers had to pick a new juror No. 1 from a pool of potential jurors who had previously been considered for the trial, but didn't made the final cut.

He is accused of having a hand in dozens of murders and smuggling more than 200 tons of cocaine across the border.

Guzman's criminal pedigree prompted authorities in New York to hold him in solitary confinement in a high-security wing of a federal jail in Manhattan that has held notorious terrorists and mobsters.

For pre-trial hearings, authorities transported Guzman to and from jail by shutting down the Brooklyn Bridge to make way for a police motorcade that included a SWAT team and an ambulance, all tracked by helicopters.

The trial could last as long as four months.

Jurors were previously questioned in Brooklyn's federal court about their views on the legalization of marijuana, their fluency in Spanish and their feelings toward both law enforcement and cooperating witnesses.

Guzman sat at the defense table listening through an interpreter and wearing street clothes -- a dark suit and a white shirt with an open collar -- instead of a jail uniform for the first time since he was extradited to the United States early last year.

There's speculation that a special cell for Guzman has been set up deep inside the Brooklyn courthouse.

El Chapo escaped jail twice in Mexico through a tunnel.

Jurors will be kept anonymous and escorted to and from the courthouse by federal officers, and heavily armed federal agents will turn the courthouse into a fortress.

Prosecutors say Guzman was in the habit of ordering the killings of anyone who got in his way during his heyday in Mexico as boss of the Sinaloa cartel.

In his way now is a lineup of government witnesses who survived the wave of violence and are expected to give details about the ruthless way he kept power for 20 years in the cutthroat world of international drug trafficking. The defense says the witnesses are the true bad guys whose testimony shouldn't be trusted.

The names of the witnesses have been blacked out on court documents with prosecutors saying their identities need to be protected because their cooperation could put them in the crosshairs of a vengeful cartel. According to court papers, some are being held in special jail units for their protection, while others are in witness protection programs.

The list of people who could turn up on the witness stand is long. Two standout possibilities are twin brothers Pedro and Margarito Flores, former Chicago-based narcotics wholesalers who did business with Guzman before their arrest in 2008. They agreed to cooperate and record phone conversations with Guzman about the size of shipments smuggled on boats and airplanes.

In one, a voice identified as Guzman's asks, "How much can you get rid of in a month?"

The now imprisoned brothers paid a steep price for flipping: Prosecutors say in 2009 their father was murdered in Mexico by a cartel hit team.

(The Associated Press contributed to this report) 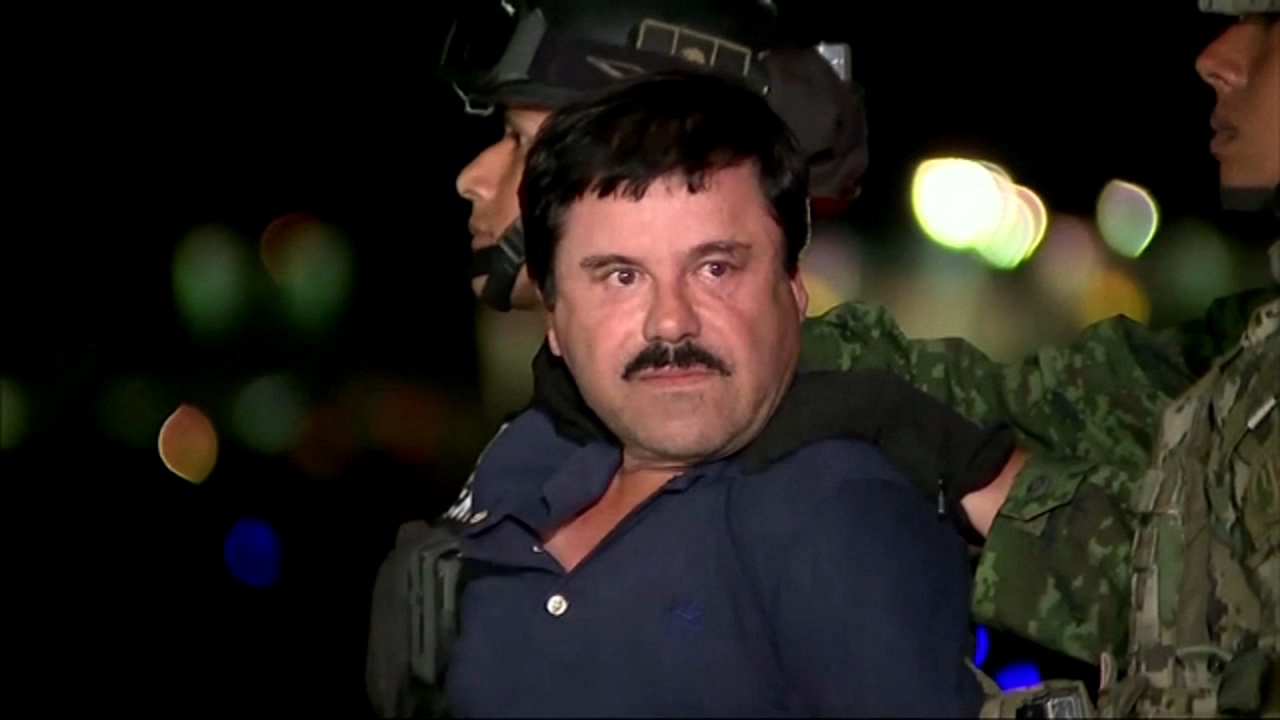