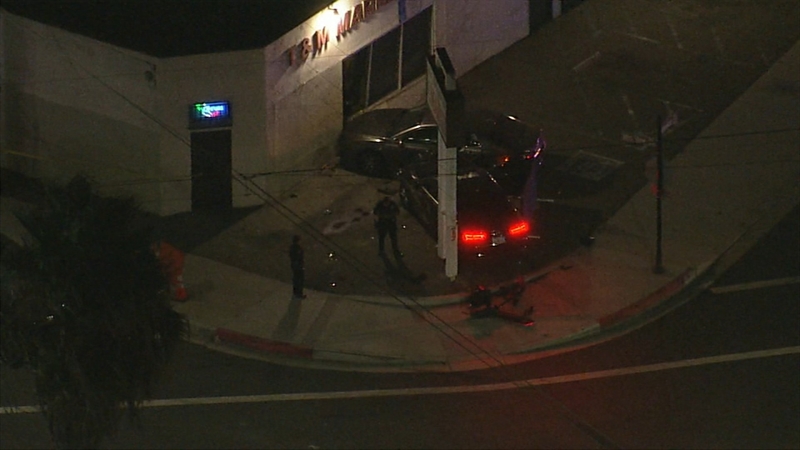 EL MONTE, Calif. (KABC) -- A man was killed and four others were injured following a shooting and a multi-car crash in El Monte Monday evening, according to authorities.

The Los Angeles County Fire Department said the incident happened just after 7:30 p.m. in the 2600 block of Mountain View Road.

It was unclear if the shooting took place before or after the crash.

The fire department said two of the people hurt suffered critical injuries, while the other two had minor injuries. The man, who was driving one of the vehicles involved in the collision, was found fatally shot, according to the fire department.

The victims were not immediately identified.

Aerial footage from AIR7 HD showed the aftermath of the crash involving at least two vehicles and authorities at the scene investigating. It was not immediately known if the victims were in the same car.

LASD is assisting El Monte police in the investigation.