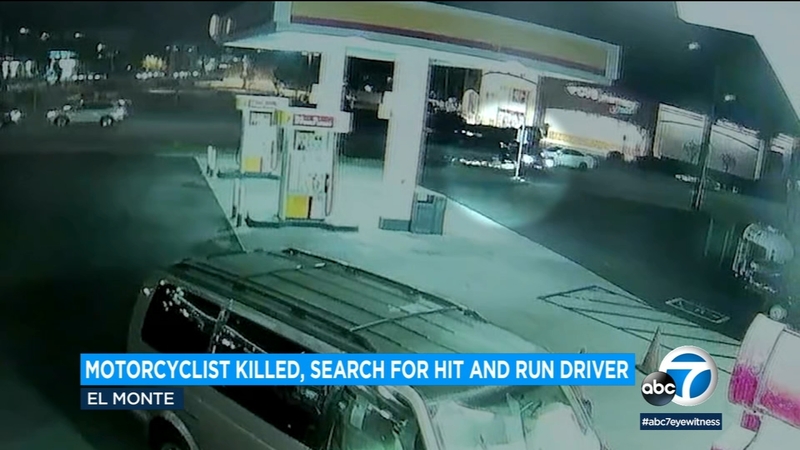 The motorcyclist was struck near Lower Azusa and Peck Roads Saturday night around 7 p.m., according to El Monte police.

The man, who has not been identified, was transported to a local hospital in critical condition and died less than an hour later, authorities said.

Surveillance video shows a dark-colored 2014 four-door truck with chrome bumpers turning into the path of the motorcycle before driving off.

El Monte police also say there might have been a second car -- a white sedan -- that may have run over the victim.