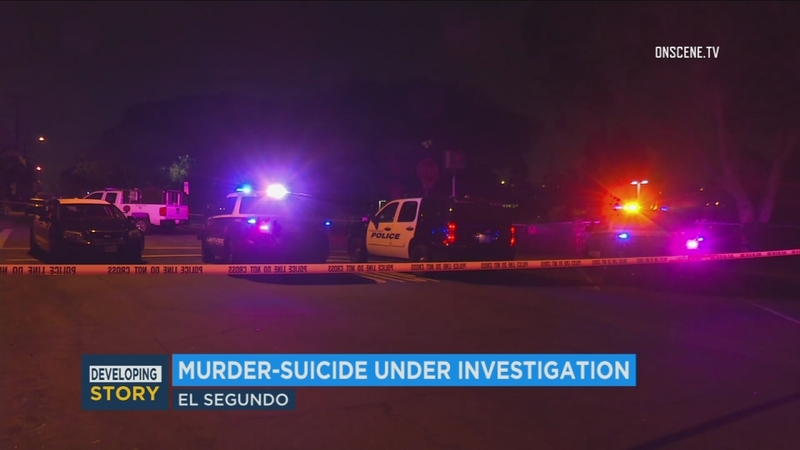 EL SEGUNDO, Calif. (KABC) -- A murder-suicide is under investigation in El Segundo after a man and woman were found dead in a parking lot Saturday night.

Just before 11:30 p.m., police received several calls of shots fired near Recreation Park in the 300 block of Pine Avenue, according to the Los Angeles County Sheriff's Department.

When they arrived, El Segundo police found the bodies of an unidentified man and woman. They were later identified as Diego Lopez, 24, of Lake Elsinore, and Wendy Silva, 23, of Paramount.

The wounded woman was lying just outside of a 2003 Chevrolet SUV that had its headlights on and the engine running. Lying alongside her was the suspect, who had an apparent self-inflicted gunshot wound to the head, according to LASD officials.

According to a preliminary investigation, a domestic dispute had occurred in the vehicle, and the man shot the woman as she tried to escape, officials said. He then drove off and immediately returned to the parking lot area, got out of the SUV and turned the gun on himself.

The gun was recovered at the scene, sheriff's officials said.