Taxi driver, father of 4 shot to death in Lincoln Heights 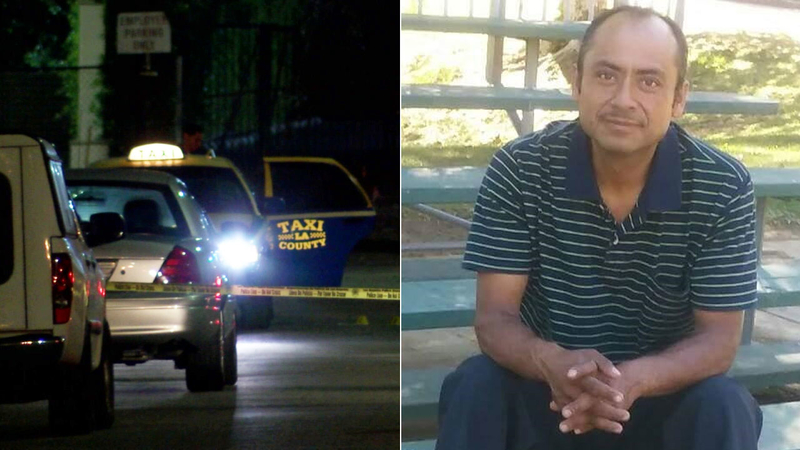 Taxi driver, father of 4 shot to death in El Sereno

LINCOLN HEIGHTS, LOS ANGELES (KABC) -- An investigation is underway after a cab driver was killed during a suspected robbery in Lincoln Heights.

Police got a call about a shooting around 9:30 p.m. Sunday and located the taxi near the intersection of Indiana and Worth streets.

Responding officers said they found a victim on the roadway, suffering from gunshot wounds.

The victim, identified as 43-year-old Antonio Paz, was pronounced dead at the scene by paramedics.

Paz's family said he was a father of four and that he was a taxi driver for 15 years. He was one of 12 siblings who left Mexico searching for a better future in the U.S.

His oldest son, Fernando Paz, said his father understood the dangers of being a cab driver, but it offered him the best means to make money for his family.

"About 10 years back he was actually assaulted and things turned out for the better, he came out alive from that," Fernando Paz said.

Family said Antonio Paz responded to a call to pick up a passenger outside a building on Worth Street. They believe he was shot and killed just around the corner.

Officials are attempting to determine if the person who ordered the cab is the suspected shooter.

Antonio Paz's brother owns the taxi business and has been working with detectives to help them in their investigation.

"It's just unexpected news. It's something you're not prepared for in life," Fernando Paz said.

Antonio Paz's family said they hope his death can serve as a reminder for other taxi drivers.

"Hopefully this can serve as a positive lesson for other drivers. Always make sure to be wary of people who call in late at night and always have someone else with you," Fernando Paz said.

Police said there was no suspect information immediately available.