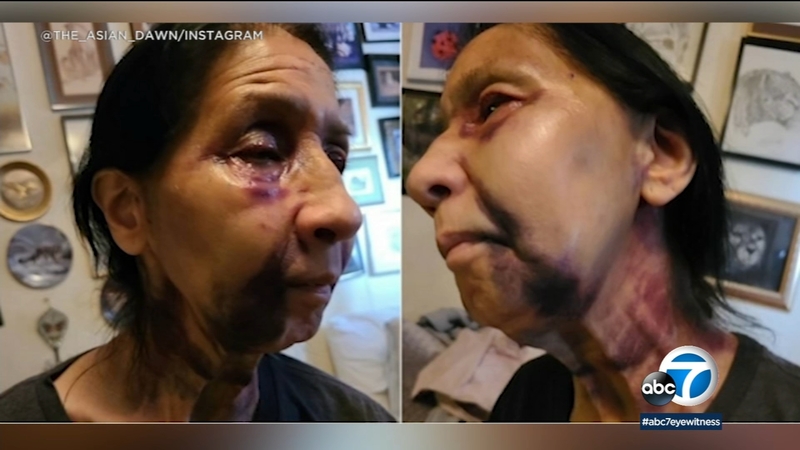 EAGLE ROCK, LOS ANGELES (KABC) -- A woman was taken into custody for allegedly assaulting an elderly woman on a Metro bus in Eagle Rock.

The 70-year-old woman was beaten last week, and the suspect allegedly used anti-Asian slurs before the attack.

But the victim's son says she is a Mexican-American from Highland Park.

The victim was left badly bruised with a broken nose and concussion.

Investigators are still determining whether the attack will be deemed a hate crime.