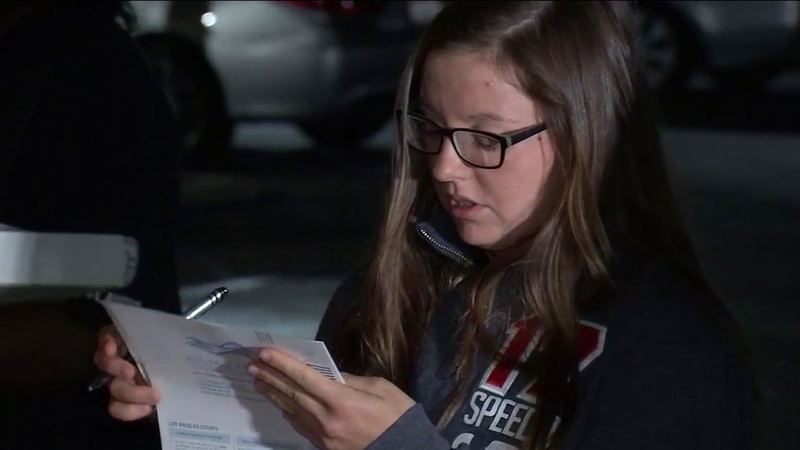 NORWALK, Calif. (KABC) -- Long lines stretched outside the Los Angeles County Registrar's office in Norwalk as the wait to get inside the building to vote had people waiting for hours.

The registrar's office was the only location in L.A. County where unregistered voters could register and vote on Election Day.

A hard 8 p.m. deadline was in place. Soundra Phillips was the last person to get in line.

"I ran to my car and I ran here," Phillips said.

As Phillips was arriving, the vote counting was beginning. Millions of ballots arrived by car and helicopter to be fed through the system.

Many said it was their first time voting.

"Standing in line, it wasn't a second thought at all," Korey Webb-Turner of El Segundo said.