With gas prices at record highs, there are many new electric cars to consider in 2022 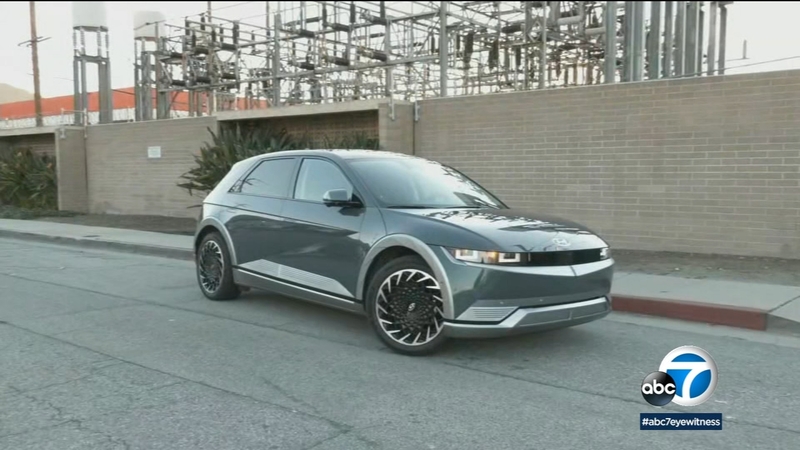 If 2022 is the year you're considering ditching the gas pump for the electric plug, your choices have never been better as the auto industry heads toward an era of broader electrification.

Mercedes-Benz is going big with its first dedicated EV, both figuratively and literally. The new EQS is effectively the all-electric version of the brand's legendary S-Class. That means lots of luxury, lots of technology, and a six-figure price tag.

Its performance is impressive, as is its estimated driving range of up to 350 miles on a full charge. And while you're gliding along electrically, you're coddled in plushness, just like in the conventional S-Class model.

With the current record high gas prices in Southern California, some drivers are considering electric vehicles.

For much smaller budgets, Hyundai has released its all-electric Ioniq 5, starting at around $45,000. This is just the first of several planned EVs. If the name Ioniq sounds familiar, that's because Hyundai started using it on a trio of alt-fuel models some years back. Now, Ioniq becomes the sub-brand for Hyundai electric cars going forward.

The Ioniq 5 makes a bold statement with chiseled looks, while delivering range of anywhere from 256 to 303 miles, according to the EPA, depending on the version.

Right alongside seeing more and more electric cars on the market, we're also seeing more public high-speed charging stations. They operate on DC current and at much higher voltage than home charging stations, and they're popping up all over the place, typically near major freeways and in shopping centers. Sometimes they're a bit tucked away, but don't worry, the car itself can find them for you in most cases via on-board navigation, or smartphone apps will guide you in as well.

Ford has unveiled a concept truck with an all-electric engine housed in the classic 1978 F-100.

Mercedes and Hyundai are both offering two years of free public quick charging on their new EVs via the Electrify America network.

Quick public charging is now even quicker in the revised Jaguar I-Pace for 2022. The new faster charging via built-in hardware is among the improvements to the British brand's first EV.

Electric vehicles priced for mainstream buyers may be arriving in showrooms, but when it comes to the combination of luxury and battery-powered cars, the sky seems to be the limit.

On a DC quick charger, Jaguar says you can pick up 63 miles of driving range in just 15 minutes. Total range for the I-Pace is officially estimated at just over 230 miles, and prices start in the low $70,000 range.

So whether your tastes run to the posh or the practical, electric cars are now coming on strong. If you're ready to make the switch, this is a year with more choices than ever.