Luxury brands leading the charge toward an electric vehicle future

When it comes to the combination of luxury and battery-powered cars, the sky seems to be the limit.
KABC
By Dave Kunz 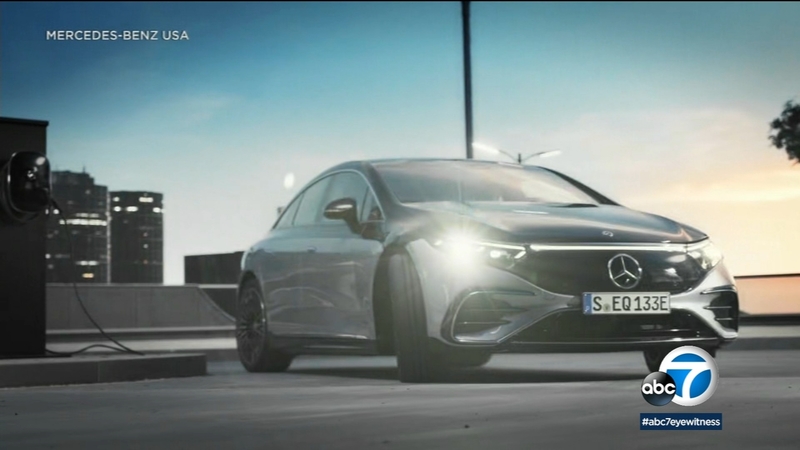 Luxury brands leading the charge toward an electric vehicle future

Next year, you'll be seeing an all-electric Cadillac out on the road.

"It is the first step toward an all-EV future for the brand, and while it is an all-electric vehicle, it continues to be unmistakably Cadillac," said Mahmoud Samara, the vice president of sales, service and marketing for the luxury division of General Motors.

It's called the LYRIQ, a compact crossover SUV.

As GM's premium brand, Cadillac will roll its newest model into showrooms next year, presumably to great fanfare.

The launch of the LYRIQ, which comes with a starting price of around $60,000, is among the first of a string of Cadillac models that will be fully electric.

Electric vehicle sales are on the rise as people continue making the switch from gas to electric. California also continues to expand the infrastructure needed to accommodate electric vehicles.

"We are going to continue to deliver what our Cadillac customers want, but we also feel we have an opportunity to welcome new customers into the Cadillac brand, especially when it comes to the EV space," noted Samara.

You could eventually see an electric Cadillac flagship with a six-figure price tag.

Meanwhile, rival U.S. luxury nameplate Lincoln already has a bit of a head start in its own quest with plug-in hybrid SUVs like the Aviator and Corsair in its upper trim levels. Ford has promised that its upscale division will embark on a big electrification program in the coming years.

In Germany, things are going plug-in in a big way.

Mercedes-Benz's new EQS sedan - which can be described as the battery-powered version of the company's S-class - leads the charge with a price tag that starts at nearly $105,000.

But credit has to be given to Tesla.

Several American truck makers including Ford, Chevrolet, GMC and Rivian are set to release fully-electric pickups trucks within the next year.

In 2012, the company showed the automotive world that some customers would be willing to pay up to, or even over, $100,000 for an electric car. First with the Model S and then with the Model X.

Of the German automakers, Audi probably has the biggest head start on this race toward an electric future.

The company has three plug-in models currently on sale, including the stunning high-performance e-tron GT.

That model comes with a base price of about $100,000, though Audi has other EV models for way less. But GT is Audi's new battery-powered flagship, and there's even a more powerful RS version that'll carry a jaw-dropping $140,000 price tag.

Electric vehicles priced for mainstream buyers may be arriving in showrooms, but when it comes to the combination of luxury and battery-powered cars, the sky seems to be the limit.