1 worker killed, 2 others injured after fire breaks out at building under construction in West LA 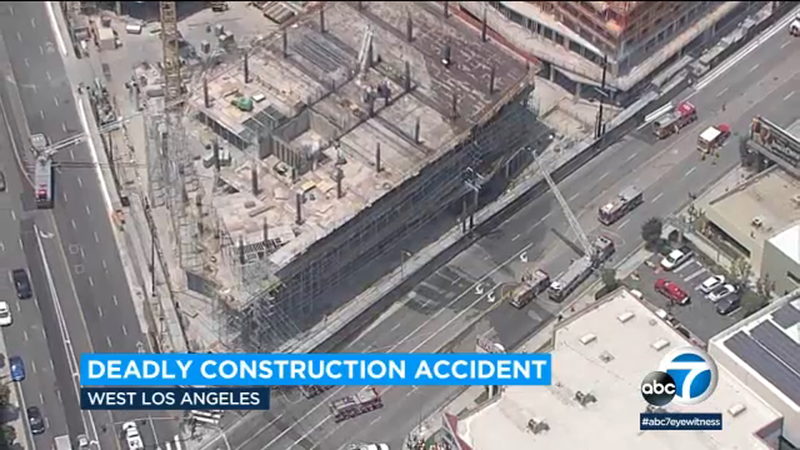 1 worker killed in electrical fire at building in West LA

WEST LOS ANGELES, Calif. (KABC) -- A worker was killed and two others were injured in an electrical fire that erupted at a high-rise building under construction in the Sawtelle neighborhood of West Los Angeles Thursday afternoon.

The fire was reported around 12:10 p.m. in the 12100 block of West Olympic Boulevard, according to the Los Angeles Fire Department.

Two workers were able to evacuate the building, but a third did not survive.

Firefighters were able to knock down the fire in about half an hour.

LADWP and Southern California Edison were called in to ensure the building was de-energized, officials said.

The two injured workers were transported to a local hospital in unknown condition. Additional information, including their ages, was not immediately released.