A Riverside man born with rare genetic disorder has a new place to call home thanks to the generosity of friends and strangers.
KABC
By Marc Cota-Robles 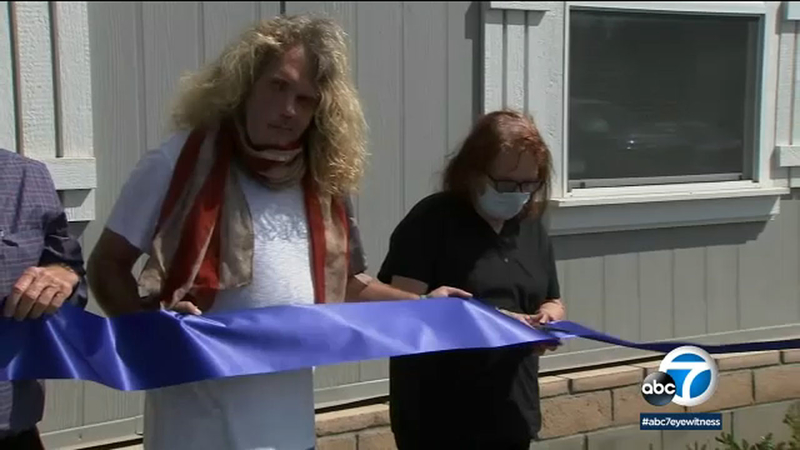 RIVERSIDE, Calif. (KABC) -- A Southern California man, who has endured years of physical and emotional pain after being born with a rare genetic disorder, has a new place to call home thanks to the generosity of some very special people.

Throughout his life, Eddy Newton has had countless surgeries to help correct a rare condition: a genetic disease, passed down from his mother, called Neurofibromatosis.

Because of his appearance, Newton says finding work has never been easy. As an adult, it's created incredible challenges.

"We saw how he was living and the living conditions were horrible," said Newton's longtime friend Cindy Day.

That's when friends, old and new, did something about it, and raised money for a better home. People donated anywhere from $10 to $4,000.

Newton and his mother just moved in to a new, fully furnished home.

"With all these surgeries I'm having, they are dangerous, I want to make sure my mom is taken care of, but it's so hard. I was trying to play catch up," said Newton.

His entire life, Newton hasn't given up. He was initially given just eight years to live.

"It holds him back from doing things he physically can't do, but it doesn't hold him back from a nice guy, a caring guy. He's a great friend," said Don Dickerson, Chairman of Eddy Unmasked.

He now is planning a long future here at his new forever home.