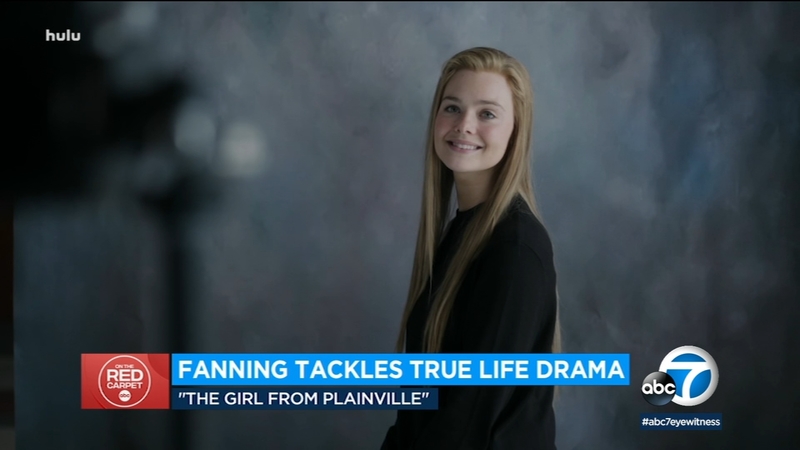 Texting-suicide drama 'The Girl from Plainville' comes to Hulu

HOLLYWOOD -- Elle Fanning has won critical acclaim for her work as Catherine the Great in "The Great."

She plays Michelle Carter in Hulu's latest true-crime series "The Girl from Plainville," a young woman who was convicted of involuntary manslaughter for encouraging her boyfriend, via text, to take his own life.

It's a story many of us saw play out in the media, but Fanning says there is so much more to the story.

"It's not sensationalized. I think we wanted to tell this story in a very unbiased way and follow both sides and both families, and it's this kind of exploration of grief as well," said Fanning. "And navigating the world of technology, which we're all living in."

Fanning says the tragic story shows how words can really do damage.

"Especially with social media and just being behind our phone screens, it's so easy to say things. Say bad things over your phone, when you're not standing in front of someone and bullying is so easy that way," said Fanning. "I mean, I'm still learning, I'm learning how to navigate that and not to be affected by it, but it you know, it's a real thing."

Fanning, who is also a producer on this project, is confident that she has found her life's calling in the entertainment world, and is doing what she is meant to do.

"I feel like very settled in my career choice in life, so I am lucky in that sense and I can definitely smile about it because I love it," said Fanning.

"The Girl from Plainville" also stars Chloe Sevigny and Colton Ryan and is streaming now on Hulu.