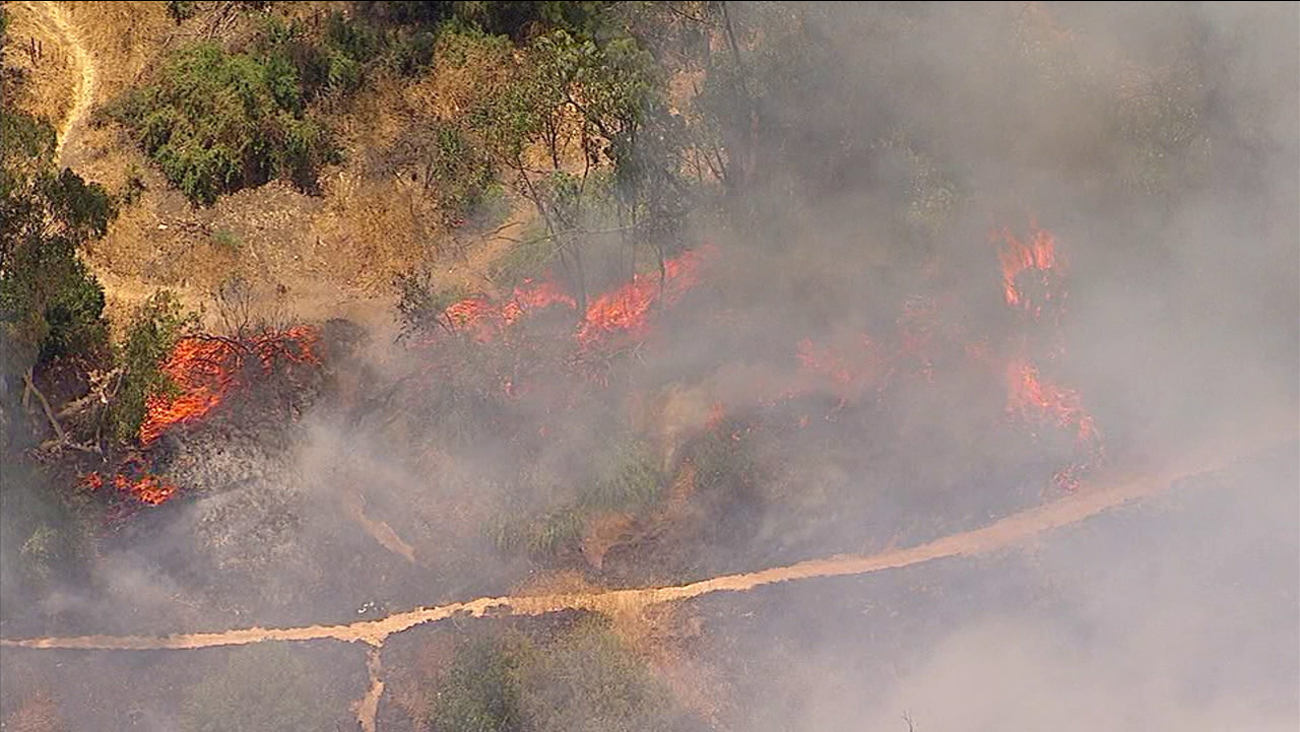 The blaze began shortly before 12:30 p.m. and burned less than two acres of heavy brush in about 40 minutes, according to the Los Angeles Fire Department. No injuries were reported.

No structures were threatened by the flames, the LAFD said. A wildland evacuation took place, but no residential evacuation orders were issued.

Firefighters on the ground and in the air attacked spot fires at the scene; the blaze was completely extinguished by 2 p.m.